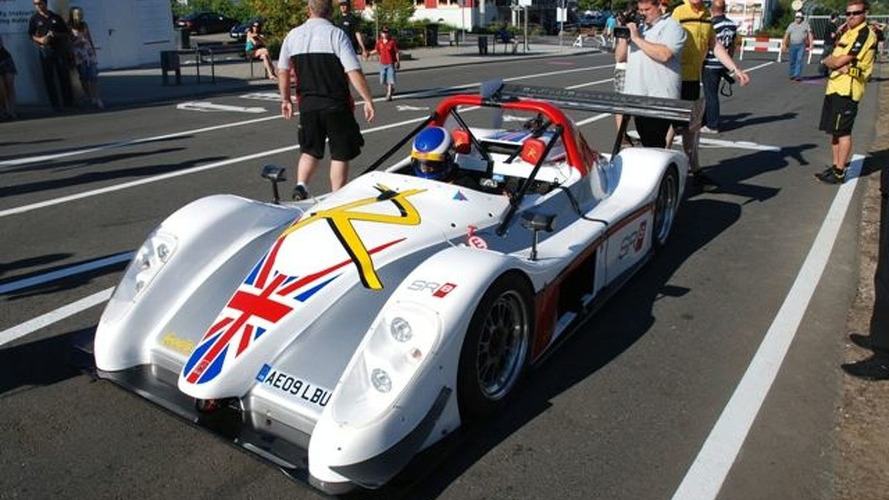 Sportscar manufacturers Radical have beaten their own record on the Nurburgring, posting an incredible time with the Radical SR8LM.

Although Gumpert Apollo Sport may have tried to claim the Nürburgring production car record time, the saaviest amongst us know that the Radical SR8 is really the street-legal production vehicle that owns the record.

Rather, used to own.

Driver Michael Vergers powered the Radical through the 'Ring not even 24 hours after the vehicle was driven from England to Germany.  Of the run, Vergers said, "The car was great, I could push really hard and it felt clearly faster than the previous SR8 in 2005."

"It's fantastic that we've beaten the record; hopefully I'll get an opportunity to return with Radical in the future."

Witnessing the attempt was evo magazine, and German periodical Sport Auto.  evo confirmed the time, and will likely post the results tomorrow.  Vergers had a little help from the weather gods, which provided clear skies, and a very warm temperature in the high-20s Celsius (low-80s Fahrenheit), creating near-ideal track conditions.

The car was driven both to and on the 'Ring with Dunlop track tyres mounted to the wheels.  Radical did not change the tyres before the run, to emphasize yet another point.  "We've proved that the SR8LM is not only the world's best trackday car, but it's also practical enough to drive to and from the circuit," said Radical co-founder Mick Hyde.  "It is a genuine production sportscar, with genuine performance credentials, as we've shown today."