[Update] Livestream is now over.

Ladies and gentlemen, the moment we’ve all been waiting for has finally arrived. The fourth-generation A8 is debuting right now at the Audi Summit in Barcelona to herald a new design language for the brand. The revamped look pinned by Marc Lichte and his team will trickle down in the fourth quarter of the year when the A7 Sportback will receive its confirmed debut. In 2018, the all-new A6 will be the next to get the refresh inspired by the promising Prologue concepts.

Getting back to the A8, the countless teasers have shown Audi will reveal both the standard and the long wheelbase versions of its fullsize luxury sedan. From laser headlights and a highly advanced semi-autonomous driving system to a touch panel for the climate controls and the new Audi Virtual Cockpit, the next A8 is set to become Audi’s most technologically advanced car ever made. 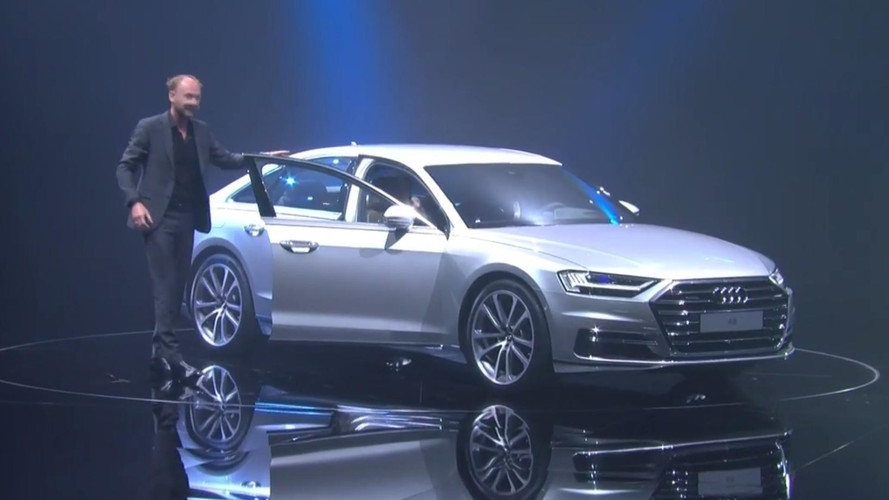 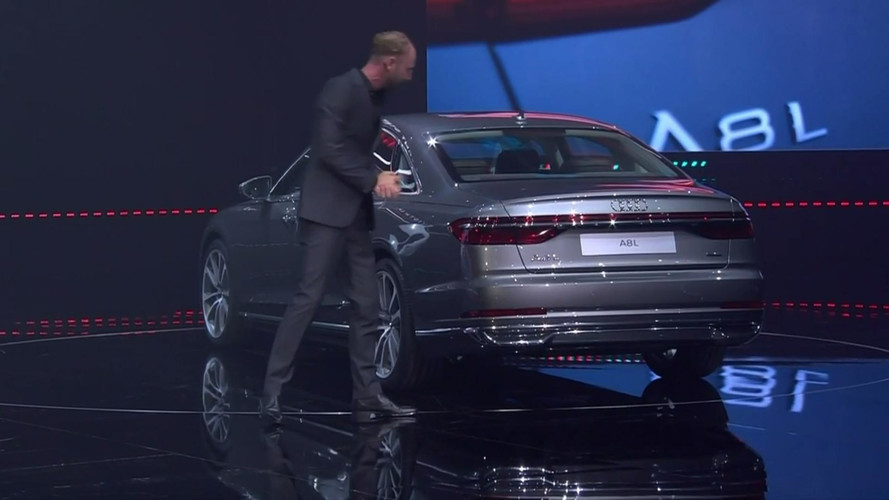 With the A8 sitting at the top of the Audi food chain, it goes without saying it will benefit from the very best Ingolstadt has to offer. All versions of the executive sedan will come as standard with a mild hybrid system and we also know there’s going to be an impressive coasting function available at speeds of up to 100 mph (160 kph). A newly developed suspension will work with the front-mounted camera to scan the road up ahead and ensure a silky smooth ride even when going over road imperfections by pre-adjusting the suspension.

All will be revealed in a short while. Stay tuned for our full story about one of the most important cars to be introduced in 2017 after what has been an exhausting teaser campaign. It’s finally over now.