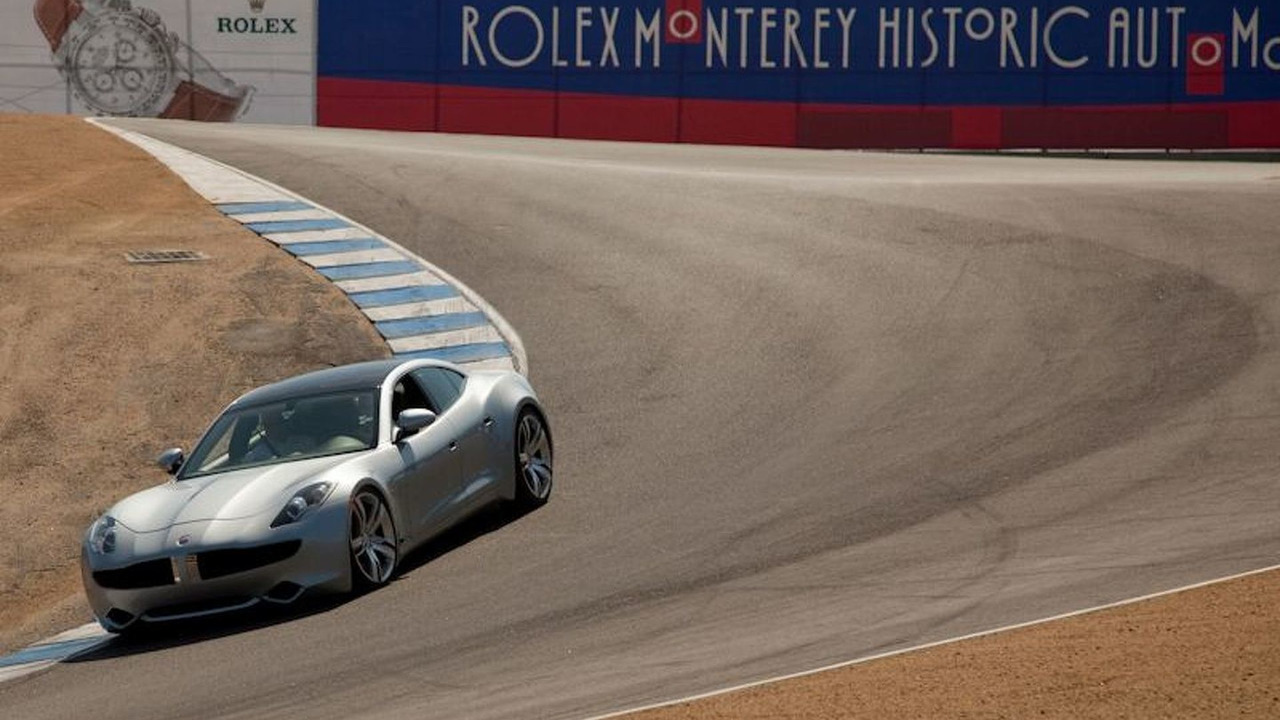 Taking part in the Monterey Historic Automobile Races, the Karma attained speeds of 100 mph without using any gasoline.

Taking part in the Monterey Historic Automobile Races, the Karma attained speeds of 100 mph without using any gasoline. According to Fisker's CEO, Henrik Fisker, "This demonstration represents a significant milestone for Fisker Automotive and PHEV (Plug-in Hybrid Electric Vehicle) technology. The future of clean cars is bright."

As we have previously reported, the Karma uses two electric motors that produce up to 375 kW (403 hp) and 1,300 Nm (959 lb/ft) of torque. The motors are connected to a 200kW lithium-ion battery pack, which is recharged by a GM-sourced four-cylinder engine with 260 hp. When the battery is fully charged, the car can travel up to 50 miles (80.5 km) before the petrol engine kicks in to recharge it.

The Fisker Karma will go into production later this year, with a base price of $87,900 USD.