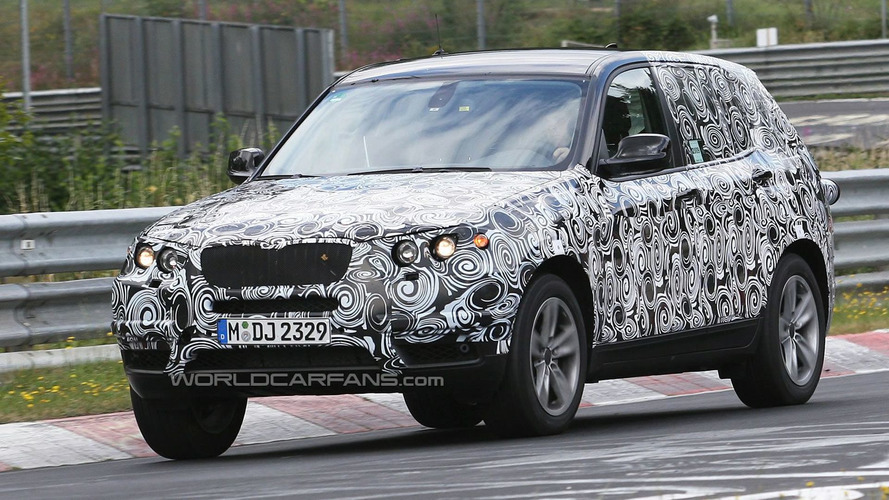 This X3 has been spotted, wearing the usual funky BMW camouflage, doing some late-development, high-speed testing at the Nurburgring circuit in Germany.

Beyond the pics, though, there isn't much news. The next-generation X3 is expected to arrive sometime next year (2010). New will be a more fleshed out design and as well as touches like aggressive-looking air intakes to make the X3 appear more muscular.

On the diesel side, there will be more options, ranging from the 177 hp 2.0 liter oil-burner to a high-powered variant of the 3.0 liter 'd' that closes in on 300 horses.

With BMW having already done its winter testing in Northern Europe and hot-weather trials in the deserts of California, this maximum velocity testing may mean the X3 is in the latter days of its development. We may even get to see an undisguised X3 before the end of the year.