Vauxhall Reveal The Secrets Of Camouflage 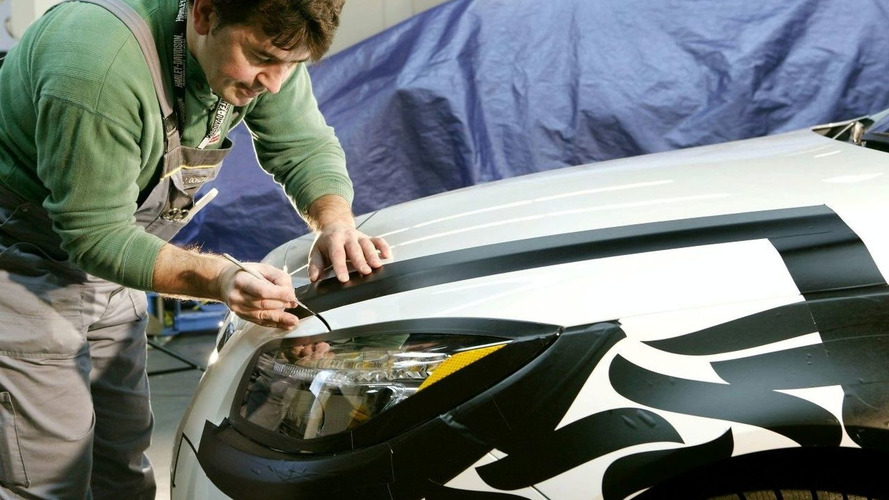 Vauxhall has released a series of spy shots of the upcoming Insignia, as well a quick lesson in keeping vehicle designs hidden with the use of camouflage.

Vauxhall has released a series of spy shots of the upcoming Insignia, as well a quick lesson in keeping vehicle designs hidden with the use of camouflage.

Although computer simulation and testing provides a great deal of information about how prototypes will handle in the real world, nothing can replace actually test driving a new vehicle. This exposes the car to the prying eyes of the spy photographers and potentially millions of people with camera phones. To counter this Vauxhall uses a special team that works with designers and engineers to determine the most critical aspects to disguise.

Using a wooden model the team makes custom fitting covers for the exterior body panels, while foil and foam is used to change the vehicle's contours. The extensive testing required for vehicles means the camouflage has to able to remain effective in temperatures ranging from minus 40 to plus 70 degrees Celsius. Other tricks of the trade include making special headlight units that won’t be used on production cars and attaching different brand logos to test vehicles.

Previously Vauxhall used a seizure inducing black and white checkerboard pattern, now the company has adopted fish shaped patterns called “Fishies” which confuse camera lenses. Soon the company will use reflective “Flimmies” that create a flickering effect. The company also has as special rules about test cars, such as drivers cannot stop and park in public places and a vehicle cover must always be on board.

The Vauxhall Insignia will debut July 22nd at the British Motor Show, and as always stay tuned to WCF for coverage of the unveiling.