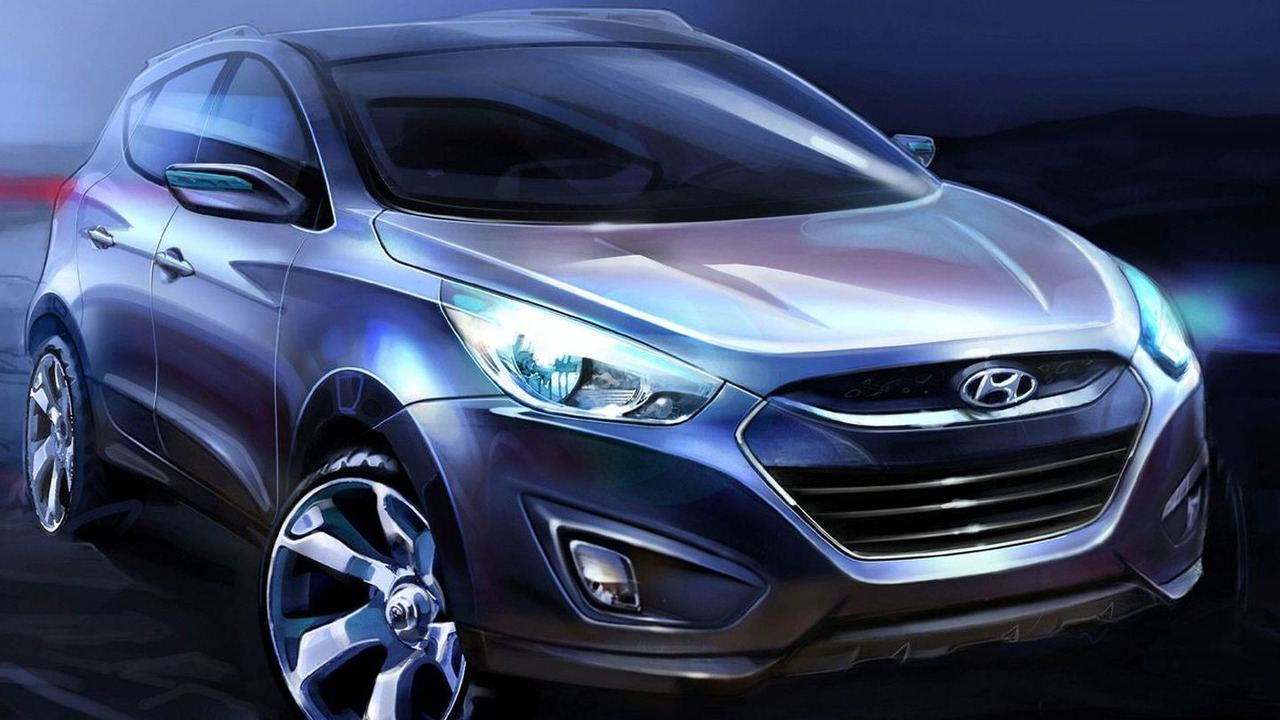 The Tucson name is being dropped from the Hyundai menu in favour of ix35. The new SUV will debut at the Frankfurt Motor Show along with a revised Santa Fe.

The Frankfurt Motor Show will mark the end of the Tucson brand when Hyundai introduces the world to the new ix35 SUV. The Tucson has been a very successful vehicle for its makers, with a regular spot on the top 5 SUV brands list in Europe. Sales have even peaked at 63,000 for the continental market.

"SUVs have been a cornerstone of our success for many years and have helped to raise awareness of the Hyundai brand in Europe," says Allan Rushforth, Vice-President of Hyundai Motor Europe. "With Tucson in particular we have demonstrated our expertise in producing SUVs which not only meet consumer expectations but also help to shape the sector itself."

The ix35 will be Hyundai's first SUV to be produced in Europe from scratch, that is, from conception right up to final engineering. Its design style is inspired by the ix-onic Concept car from the 2009 Geneva Motor Show.

A second debut for the segment will be a heavily-revised Santa Fe which gets cosmetic and engineering upgrades. Power will come from the group's R turbo diesel engine.

Europe is clearly the choice destination for these two SUVs but other markets will also be able to source some models from the range. First deliveries should take place within the next six months.