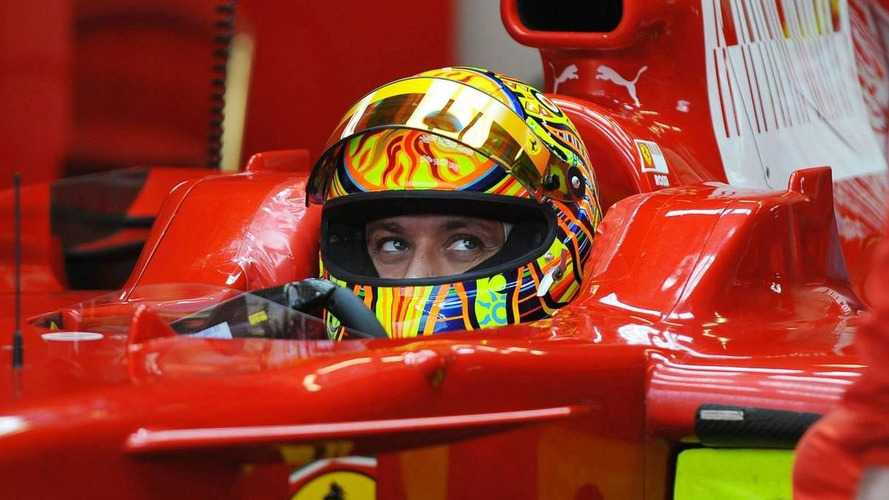 Valentino Rossi insists he has not been offered injured Felipe Massa's Ferrari cockpit, and nor is he available.

Valentino Rossi insists he has not been offered injured Felipe Massa's Ferrari cockpit, and nor is he available.

"It is a true shame not to see Schumacher back with Ferrari," the Italian rider said in the Czech Republic, ahead of this weekend's round of the MotoGP series.

"In my opinion he could have been in the fight for victory by his second race."

Rossi, 30, has in former times flirted with a switch to F1 with the Maranello based team, but he said he is not close to making the move now.

"I have spoken a lot with Stefano Domenicali in these last days about the return of Schumi," he is quoted as saying by Italy's Tuttosport, "but I have not received an offer.

"Anyway, I cannot go: I can't race motorbikes and F1 at the same time," Rossi added.