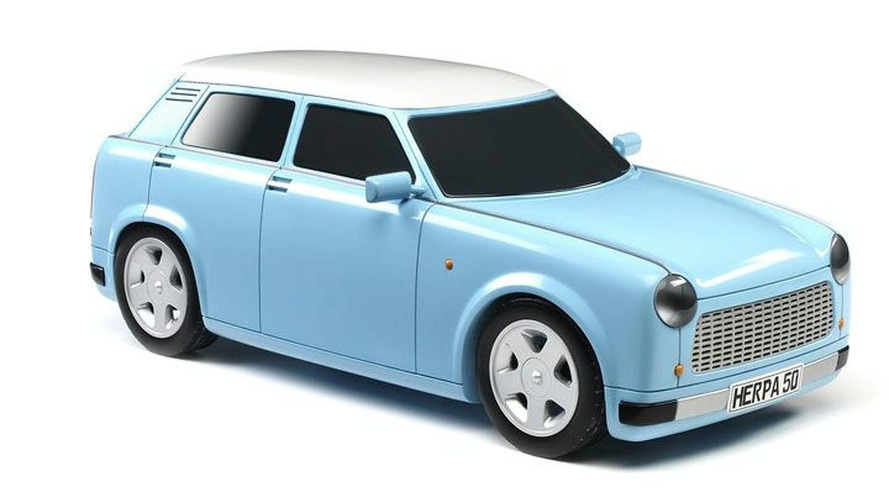 Built by VEB Sachsenring Automobilwerke Zwickau between 1957 and 1991, the Trabant was a less than spectacular East German small car that was powered by a 500cc two cylinder two-stroke engine.  It was famous for its varying production, highly erratic levels of quality and poor design which was a reflection of state controlled centralized planning.

Herpa Miniaturmodelle GmbH has been building harmless, little 1/87 scale models of the car since 1990 and recently bought the rights to the Trabant brand. Now, they want to make an electric car out of it.

Herpa is working with Saxony (the German state in the southeast corner of the country) manufacturer IndiKar on an electric "new Trabi" and is looking for investors. The car will come with a rooftop solar panel and weigh in at less than 1,000 kilos. The claim is the electric vehicle will have a range of 156 miles (252 km). Development of the drivetrain has been sub-contracted to IAV Automotive Engineering of Berlin.

Feel free to laugh but remember, as one of the iconic symbols for the fall of communism and more specifically the collapse of the Berlin Wall as thousands fled East Germany in their Trabants, there could be much support for its rebirth.

A full-sized prototype is being assembled for a debut at the Frankfurt motor show next month.