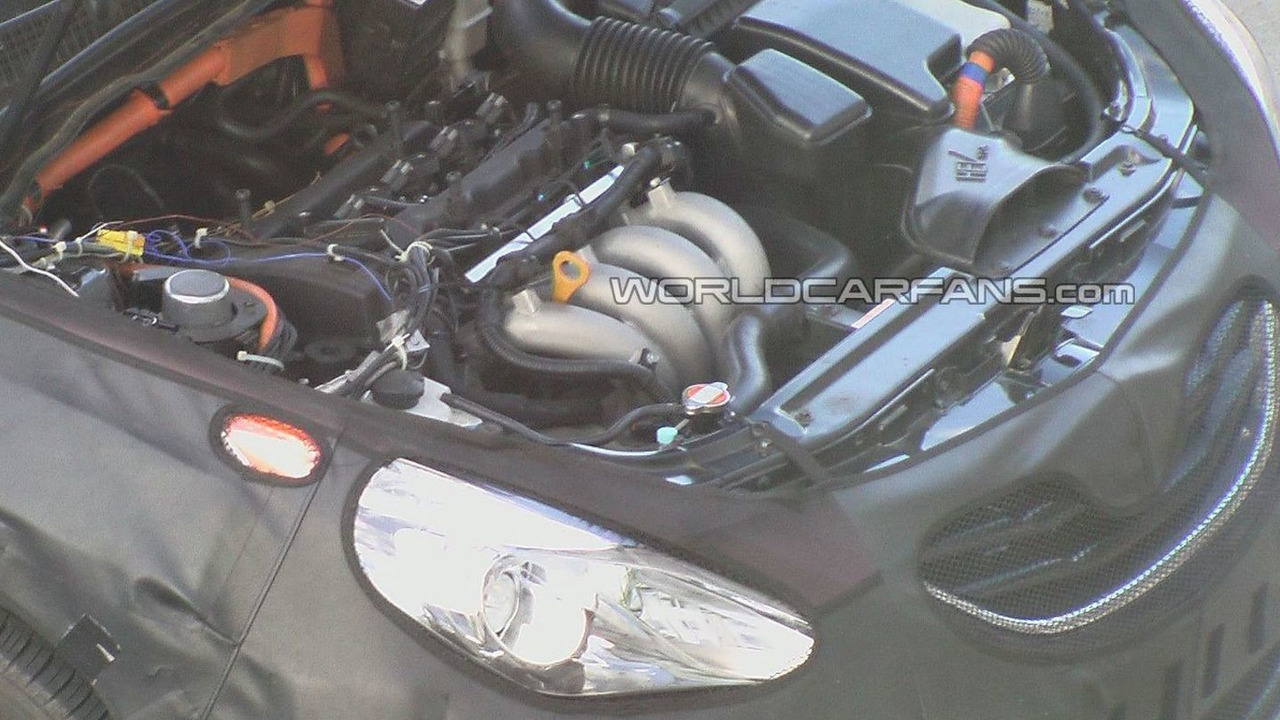 Here are some of the first pictures of the upcoming 2011 Hyundai Sonata hybrid doing some hot weather testing somewhere in the United States.

Noticeable in that shot of the open engine bay is the small air intake duct mounted on the radiator support which is marked with the letters HEV - Hybrid Electric Vehicle.

As for what will power the Sonata hybrid, we can only take our cues from Hyundai's Hybrid Blue Drive Architecture, which the Korean automaker introduced at the Los Angeles motor show last year. That hybrid set-up features a 30kW electric motor with 205 Nm of torque coupled to a 2.4 liter Theta II engine or a 2.0 liter Theta Turbo GDI. Both those variants come with a 6-speed transmission.

The Hyundai hybrid system also uses a 270 V lithium polymer battery, instead of the more common lithium-ion. Stop/start technology is also a feature of the Hybrid Blue Drive system.

The 2011 Hyundai Sonata goes on sale in late 2010. The Sonata Hybrid will likely follow shortly thereafter.