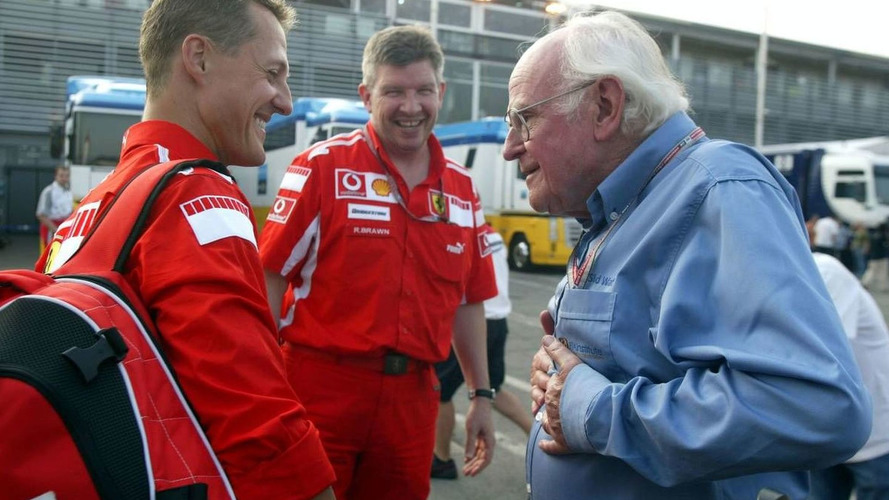 Michael Schumacher and his personal doctor on Wednesday did not rule out the possibility the seven time world champion might re-launch plans for a formula one comeback in the future.

Michael Schumacher and his personal doctor on Wednesday did not rule out the possibility the seven time world champion might re-launch plans for a formula one comeback in the future.

The 40-year-old German was visibly disappointed, describing the moment as "one of the toughest" in his long career, at Geneva's Intercontinental hotel as he explained to the world's press that a neck injury prevented his immediate return to replace Felipe Massa.

Numerous questions were posed asking Schumacher to rule in or out the possibility his return has simply been deferred.

"Please understand that I don't want to say anything more," said the former Ferrari driver, having explained that pain caused by his February motorcycle fall made cornering in a formula one car currently too painful.

His doctor Johannes Peil said recovering from the injuries could be a matter of months or years, but that if they did heal then "the possibility of him being able to race in formula one again cannot be ruled out".

Schumacher later said: "If I understood Dr Peil correctly, there are no purely medical reasons why I could not drive formula one races any more. But it is not currently a topic with which I am occupied."

Presently, his only thoughts are disappointment that his loyalties to Ferrari and Massa could not be delivered, nor his realisation that his batteries that were empty in late 2006 are now in a state of replenishment.

"I love riding bikes, jumping out of aeroplanes, that's the sort of person I am. I love formula one," Schumacher insisted.