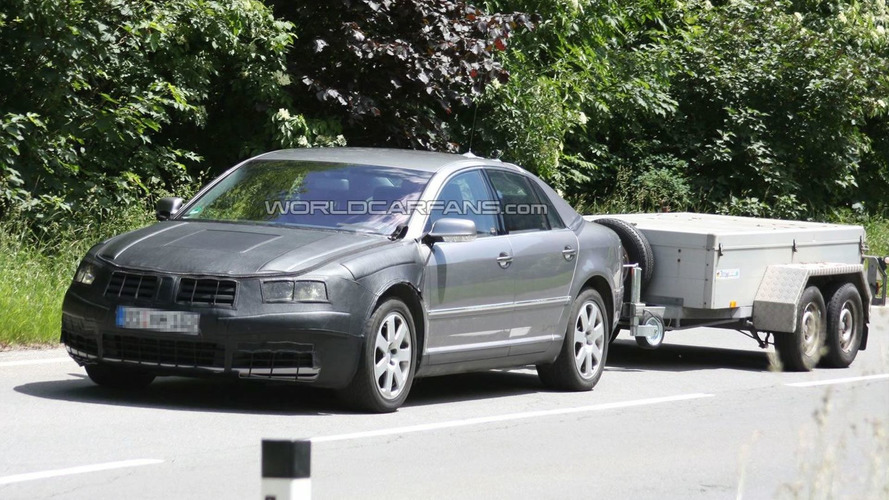 New models would be a compact car, perhaps the Polo, built in Mexico and a new mid-sized sedan to be produced at a new $4 billion assembly plant VW will build in Chattanooga, Tennessee.

Volkswagen seems to be waking up from its neglect of the North American market and is now looking to expand its product lineup there with two new models.

In an interview with the Detroit News, Volkswagen of America CEO Stefan Jacoby spoke about VW's plans for its future in the U.S. market. Those plans include a new compact model, a larger mid-sized passenger car and a new $4 billion assembly plant in Chattanooga, Tennessee.

The compact car would be built at VW's plant in Mexico while the new mid-sized model would be produced at the new plant in the U.S.

Jacoby said that the Passat is too small for the mid-sized sedan segment and that the brand would need something larger for North American drivers. He also said that VW is entertaining the idea of bringing models such as the Polo to the United States as well as adding a second line at Chattanooga for Tiguan production.

It is likely those models would be different than the ones sold in Europe and would have to be produced locally to make any sort of economic sense for the German automaker.

The real news is that VW will be bringing back the Phaeton after it pulled the model out of its U.S. lineup due to poor sales.

Jacoby also addressed the issue of VW's precipitous drop in sales in the U.S. over the last several years.

"But this brand got a little bit lost. It was too much positioned in the corners, in the niches of this big market. I would say it was our mistake in our strategy."

Still, there is a reason VW has taken such a hit there. That reason is called the euro/dollar valuation. It simply wasn't viable to import models from Europe to sell and it still isn't. VW will try to mitigate that disadvantage by producing vehicles locally. But even that is a very steep hill to climb.