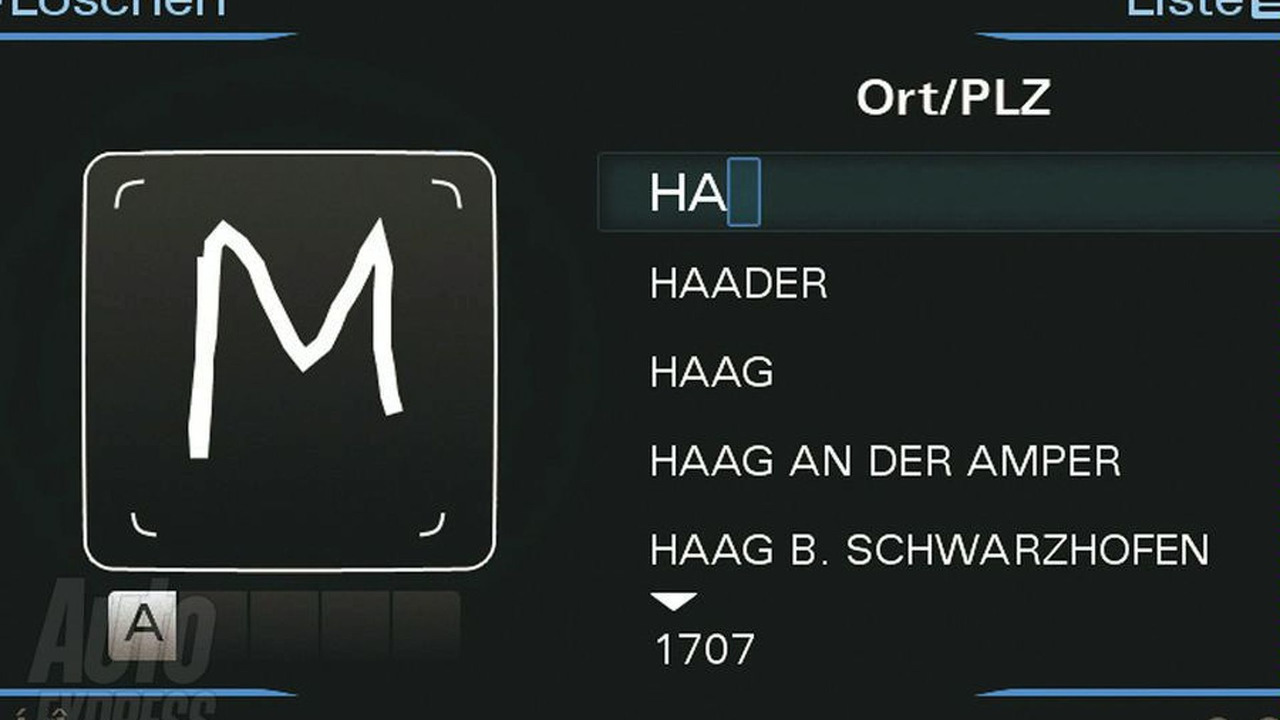 Handwriting-recognition feature for navigation system will allow drivers to simply write out a destination name by hand.

Reports have surfaced that the next-generation Audi A8's satellite navigation system will feature handwriting-recognition software so that drivers can enter destinations by hand rather than writing them out by dialing through the system.

The point of the new technology is to do away with cumbersome keypads and eliminating the need to use dials to select letters to spell out destination names. This way, the driver simply writes the destination by hand and the software recognizes it instantly.

Current A8 models also feature fingerprint recognition technology, so that a driver can return all of the car's settings, including seat adjustment, to their personalized preferences.

The new Audi A8 is expected to debut sometime later this year and go on sale in 2010.

But hey, isn't the whole point of a computer that you don't have to write things out by hand, olden times-style?

And how come voice-recognition hasn't worked out?