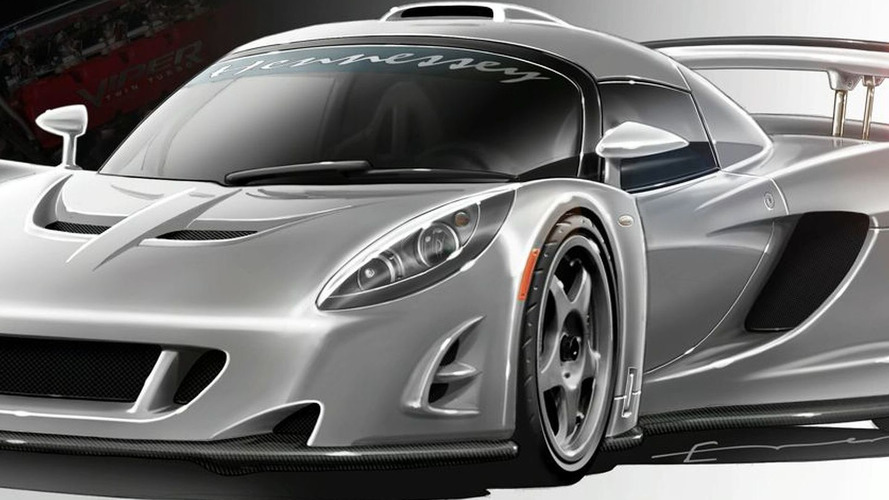 If Hennessey is correct, the Venom GT will easily surpass the Bugatti Veyron's top speed of 254 mph (408 km/h).

Hennessey Performance Engineering has announced that their Venom GT Concept will be officially unveiled at the 2010 Geneva Motor Show.

In order to achieve these insane performance figures, Hennessey strictly followed the idea of creating a lightweight supercar. The company estimates that Venom GT will weigh less than 2,400 lbs which is roughly 1,700 lbs lighter than the Veyron.

Designed by Steve Everitt, the Venom GT has an aggressive appearance that should produce plenty of downforce thanks to its massive "VenomAero" rear wing. If things get a little dicey, the massive 14-inch carbon brake rotors (with 6-piston calipers up front, 4-piston calipers in rear) will brings things to halt.

Look for more information to be released closer to the car's unveiling in March 2010.