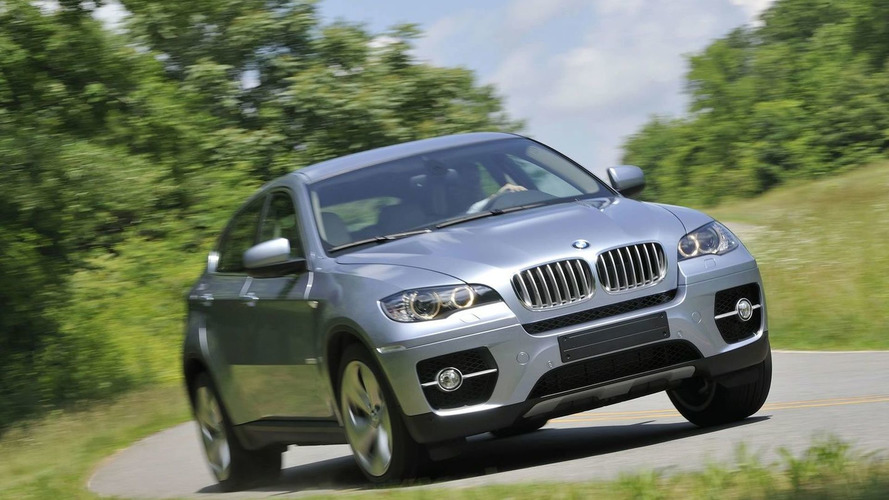 Electricity comes from a 2.4 kWh NiMH battery pack that is recharged via brake energy regeneration.

Powered by a 400 hp 4.4-liter twin-turbocharged V8 engine and two electric synchronous motors (rated at 91 hp and 86 hp), the X6 ActiveHybrid has a combined maximum output of 480 hp and 575 lb-ft of torque. This unique powertrain enables the X6 Hybrid to accelerate from 0-60 mph in 5.4 seconds, before hitting a limited top speed of 130 mph. More importantly, the hybrid offers a 20% improvement in average fuel consumption (in EU testing) and a CO2 emissions rating of 231 grams per kilometer.

The engine is connected to a two-mode active transmission with two electric motors, three planetary gearsets, and four multi-plate clutches. At low speeds, only one electric motor is used. When more power is required, the second motor automatically starts the combustion engine. This feature makes the X6 AH a "full hybrid" because it can run exclusively on electric power at speeds up to 37 mph (60 km/h) for up to 1.6 miles.

Electricity comes from a 2.4 kWh NiMH battery pack that is recharged via brake energy regeneration. The battery features its own liquid cooling system to ensure an optimum operating temperature as well as prolonged hybrid performance during extreme weather and sporty driving.

Look for the 2010 X6 ActiveHybrid to go on sale in the US later this year.