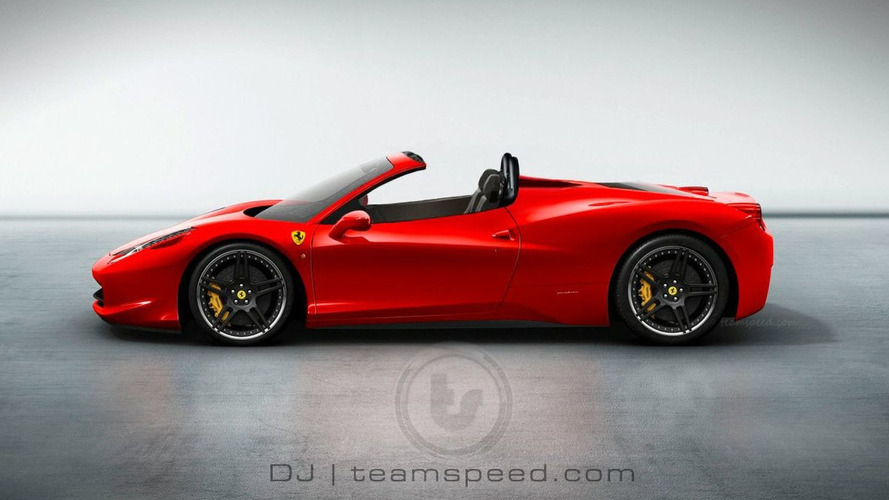 Simulated in four different colors, the renderings show how sexy a 458 Italia droptop could be.

Simulated in four different colors (Rosso Scuderia, Blue Pozzi, Vinaccia, and Nero), the renderings show how sexy a 458 Italia droptop could be. TeamSpeed.com also tinkered with the standard car, to create a possible glimpse of the Ferrari 458 Challenge.

Considering that the 458 Italia won't be officially unveiled until the Frankfurt Motor Show, this is the closest we're going to get to a 458 Spider for some time.