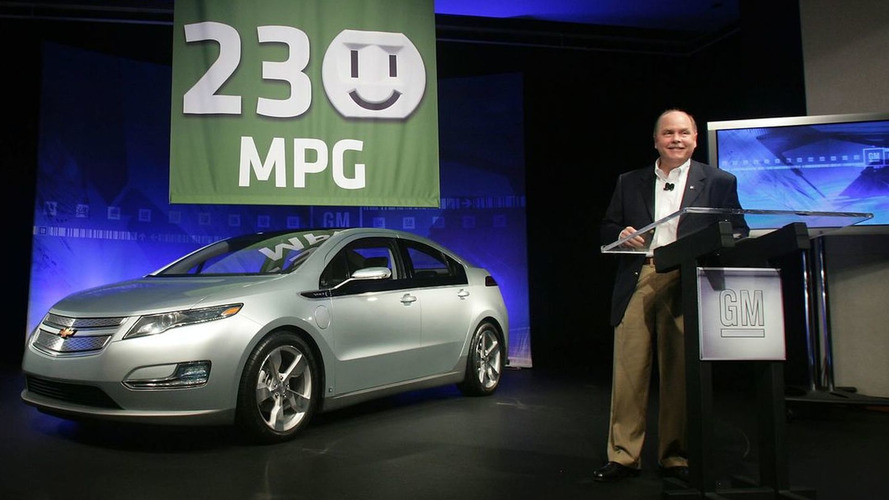 The EPA has released initial city driving economy figures for the Chevrolet Volt. The 230mpg achieved will, if sustained through real life, change the frugality game in the world of cars.

General Motors' biggest hope for a revival promises to rewrite motoring history books. Initial figures emanating from the EPA claim that the Chevrolet Volt will achieve city fuel economy of at least 230mpg.

"From the data we've seen, many Chevy Volt drivers may be able to be in pure electric mode on a daily basis without having to use any gas," said GM Chief Executive Officer Fritz Henderson. "EPA labels are a yardstick for customers to compare the fuel efficiency of vehicles. So, a vehicle like the Volt that achieves a composite triple-digit fuel economy is a game-changer."

A range of up to 40 miles (64km) is possible when running on electricity from a single battery charge. The Volt was engineered on the premise that most people commute no more than 40 miles per day as they do trips between work, shopping centres, school and home.

Real-life fuel-economy tests by motoring publications seldom match what the automakers claim because of varying load factors, weather conditions, factors like air conditioning etc. The key to the Volt's numbers though, is that drivers need to plug their cars into the electric grid at least once a day.

Under normal driving conditions the car will be using its 16 kWh lithium-ion battery pack for power. For extended trips and steep inclines it will switch to engine-generator mode.

"The 230 city mpg number is a great indication of the capabilities of the Volt's electric propulsion system and its ability to displace gasoline," said Frank Weber, global vehicle line executive for the Volt. "Actual testing with production vehicles will occur next year closer to vehicle launch."

Production of the Volt begins in late 2010 and the car will be launched around the world in markets such as the US and Europe.