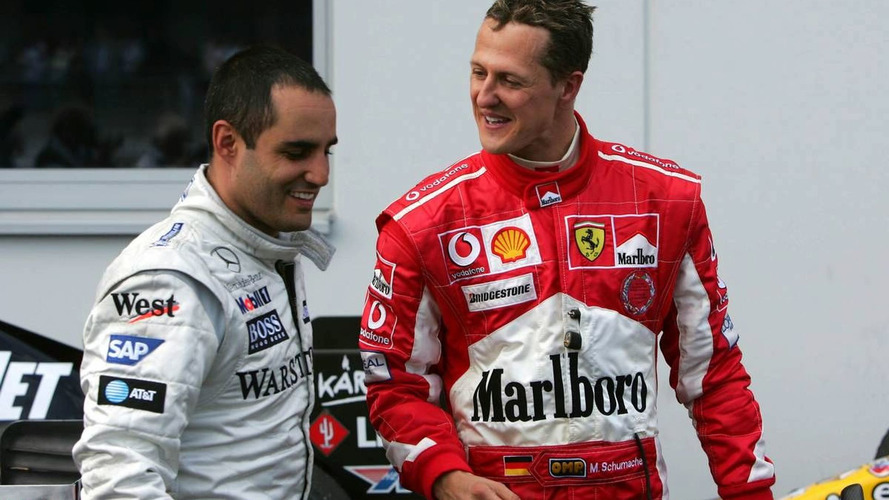 Juan Pablo Montoya is doubtful whether the hype of his former rival Michael Schumacher's return to formula one will be justified.

Juan Pablo Montoya is doubtful whether the hype of his former rival Michael Schumacher's return to formula one will be justified.

"Will he be faster than the (regular) Ferrari drivers? That would surprise me, but you never know," the Colombian, who in his grand prix career 2001-2006 was often wheel-to-wheel with the German, is quoted as saying by the Bild newspaper.

33-year-old Montoya, who now races in NASCAR, believes the Maranello based team will be busy making Schumacher's F60 as quick as possible.

"I am sure they will be developing some new parts for his comeback in order to guarantee that he looks good," Montoya said.

"He will perform in the way that we are all used to," said the 69-year-old Briton. "Michael Schumacher cannot drive slowly."

Schumacher, meanwhile, told the Italian newspaper La Stampa that he decided to fill in for the injured Felipe Massa out of "loyalty" to Ferrari.

"If I just wanted an adrenaline rush, I could jump out of an aeroplane," he said.