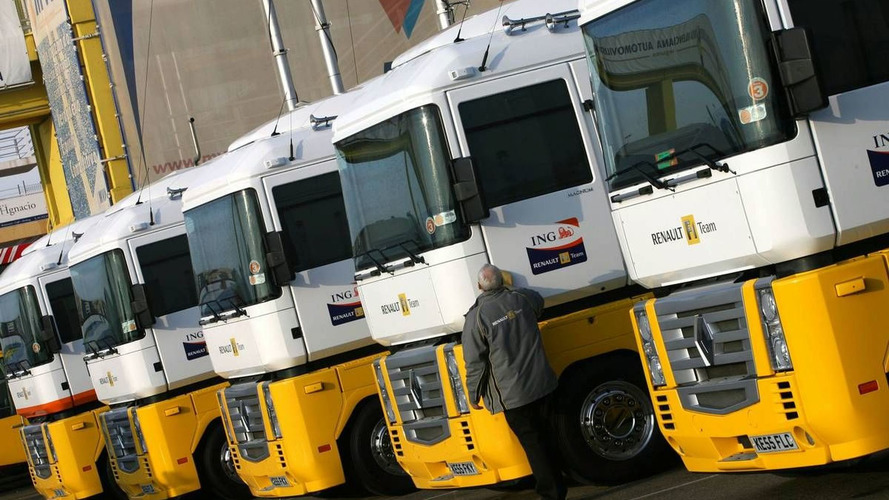 Among the first transporters to arrive in Valencia ahead of the European grand prix are the ones belonging to Renault.

Among the first transporters to arrive in Valencia ahead of the European grand prix are the ones belonging to Renault.

The Spanish newspaper AS is carrying photos of the white and yellow trucks being parked behind the pits of the nearby Ricardo Tormo permanent circuit, while the urban layout about a half-hour's drive away is completed.

Renault's appeal against its suspension from the European grand prix will be heard in Paris next Monday, with the decision to be announced the following afternoon.

The UK-based team must therefore prepare as per usual for Valencia, because if the ban is overturned on August 18, there would not then be time to dispatch the trucks and cars to Spain.

"It is not the first or the last time that somebody's wheel falls off," the Toro Rosso driver, referring to the incident involving Fernando Alonso at the Hungaroring two weeks ago, is quoted as saying by the Spanish newspaper Sport.