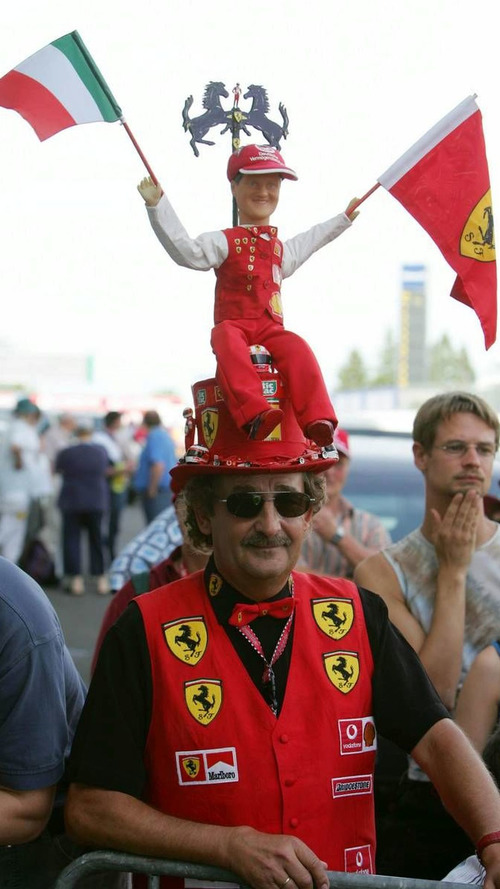 Michael Schumacher's manager has called a halt to production of memorabilia and merchandise celebrating the return of the seven time world champion to formula one.

Michael Schumacher's manager has called a halt to production of memorabilia and merchandise celebrating the return of the seven time world champion to formula one.

According to Germany's Auto Bild, Willi Weber fears a repeat of 1997, when he spent a million euros on merchandise celebrating Schumacher's first title for Ferrari, when in fact he was pipped at the post by Jacques Villeneuve.

This time, the fear is that while Schumacher intends to fill the injured Felipe Massa's cockpit in Valencia and beyond, there are growing doubts about the health of his neck.

"As long as the return is not one hundred per cent for certain, we are producing nothing," said Weber.

It is rumoured that Schumacher may even have fractured a bone when he hurt his neck in a motorcycle testing crash in February.

"It was a very bad accident," his spokeswoman Sabine Kehm told Sunday's edition of the Frankfurter Allgemeinen Sonntagszeitung, "but we are not going to talk about it in public."

It is a believed a decision about the 40-year-old's Valencia return will be made some time this week.

"Only when all the test results are available can we make a decision," said Dr Johannes Peil, of the Bad-Nauheim Sportklinic. "The last word will be Schumacher's," he added.