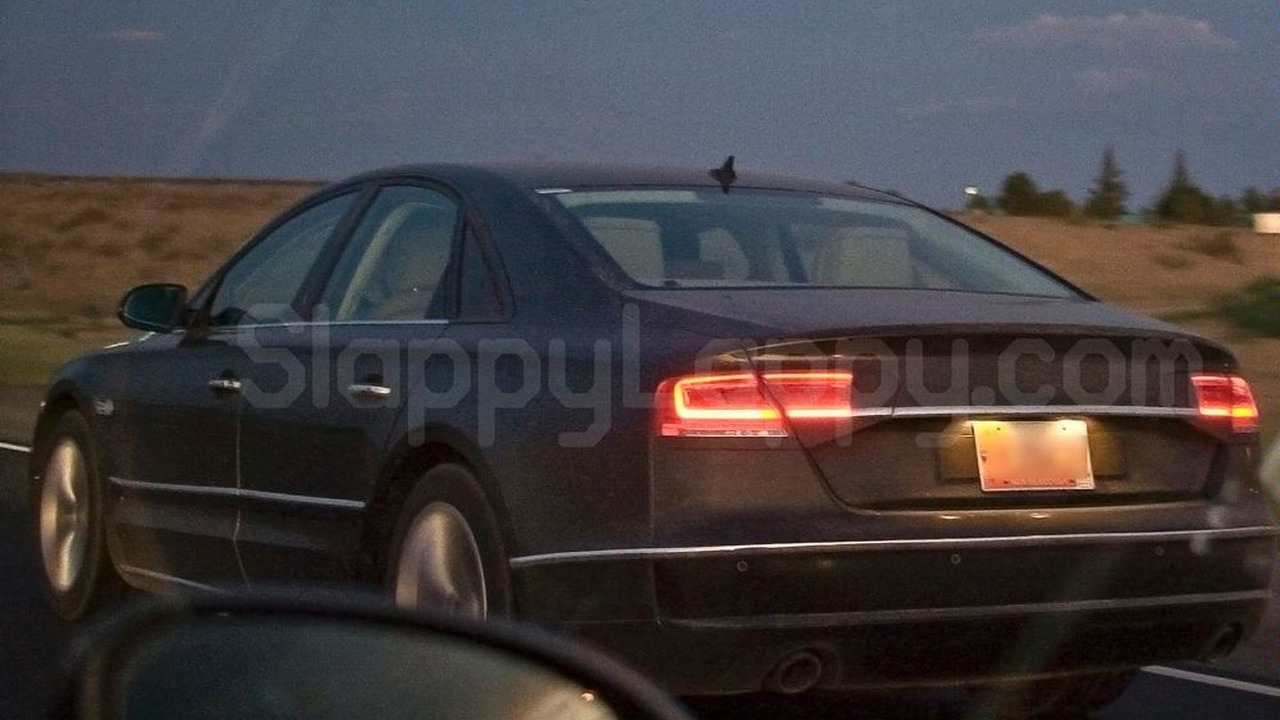 Photos snapped on a highway in the Southwest of the United States may picture next-generation Audi A8.

Could this be a new Audi A8?

We should not assume anything here (because you know what that does) but it does seem like this is a short-wheelbase A8 under an A6 shell carrying an upside-down Mitsubishi badge and jet-fighter front grill.

This scoop comes to us courtesy of a VW Vortex forum and Autoblog, and the photos show what is definitely not a Mitsubishi driving along the highway in the Southwest of the United States. The road warrior (Autoblog reader Ryan on a cross-country trip) who snapped the pictures believed it to be a new A6 undergoing testing, after having spotted some camouflaged VW Routan's earlier in the trip. But the details (and Audi's product time-line) seem to point to a new A8 iteration.

A next-generation A8 was expected to debut at the Frankfurt motor show this September, although, there seem to be no indications from Audi that that will occur. But the new A8 is expected to make its debut in the market sometime in the latter part of 2010.

Looking at the design features of the model pictured here, the furrowed-brow headlights, linebacker shoulder lines, bonnet ridges and the long, swooping C-pillar all point to a flagship Audi sedan.

By the way, is Audi allowed to use a Mitsubishi badge as a cover for a prototype?