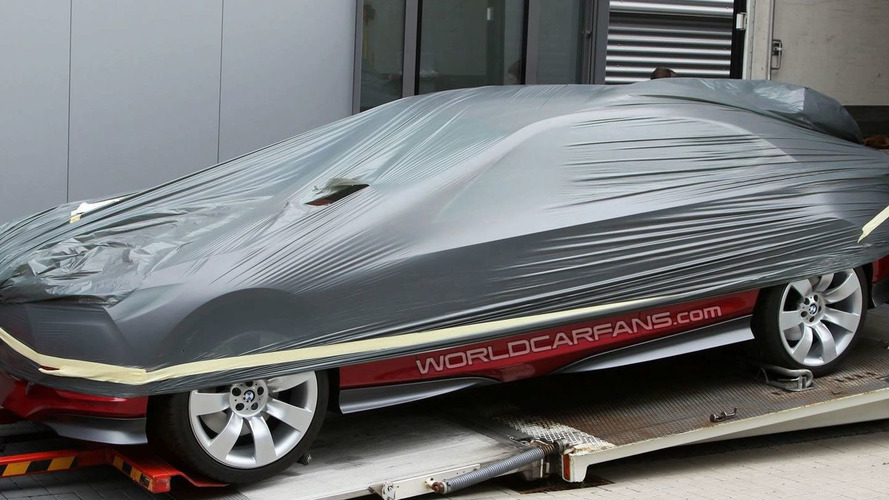 BMW claims this is an old concept model being moved into storage. Speculation had it (wrongly, apparently) that this was the Z Vision Concept car headed to the Frankfurt motor show.

iMotormag is reporting that this is, in fact, not the Z Vision Concept rumored to be headed to the Frankfurt motor show, as it was previously believed to be. A call put in to BMW had the Bavarian automaker deny that.

BMW claims this is a five year old design study car that is being moved from their design studio in Germany to be put into storage somewhere.

Our colleagues at iMotormag speculate that this concept may be a precursor to a possible, future BMW 3-Series GT. Or maybe not.

BMW will be premiering a new concept car dubbed EfficientDynamics Vision at the Frankfurt show next month alongside its new 5-series GT and the X1 compact SUV. It remains to be seen what that is.

Nothing to see here, folks, just move along, please.