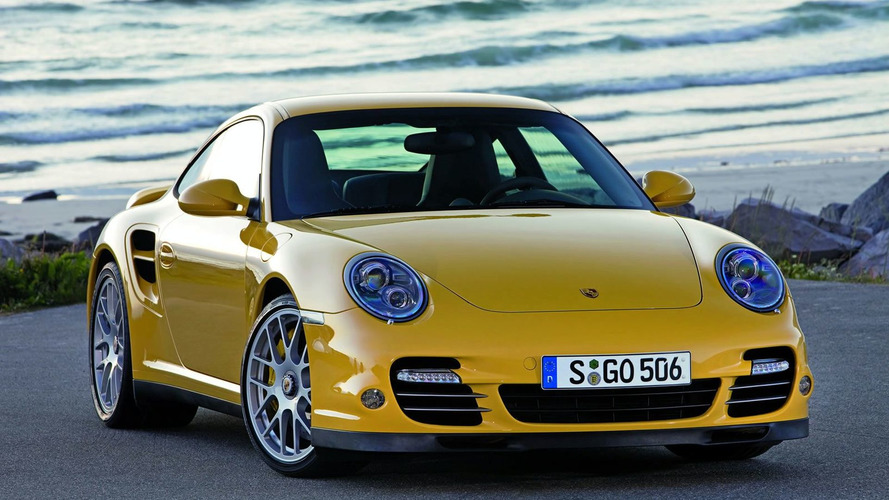 New 3.8 liter, 6-cylinder turbocharged engine with direct-injection comes with 500 bhp and can be coupled with Porsche's 7-speed double-clutch PDK transmission.

The new Porsche 911 Turbo is here.

Or, at least, the press release for the upcoming 911 Turbo is out to tell us what's in store for the next version of Porsche's top performing model. The new 911 Turbo itself will premiere at the Frankfurt motor show in September.

Porsche claims to have upgrade most key features of the car, not the least of which is the new 3.8 liter, six-banger powerplant with direct-injection and Porsche's proprietary turbocharger with "variable turbine geometry". Now coupled with Porsche's 7-speed double-clutch PDK transmission (optional), the 911 Turbo sports significant improvements in performance and fuel economy. The engine's final horsepower tally comes in at 500 bhp (368 kW).

Do a quick ' for and against' calculus and that fuel efficiency number is satisfying given the performance to be had here.

Models equipped with the PDK will also be available with a 3-spoke steering wheel with gearshift paddles, instead of the standard wheel with shift buttons.

The luxury sportscar-maker has also improved handling and agility with tweaks to the all-wheel drive and Porsche Stability Management systems. A new PTV (Porsche Torque Vectoring) is also available as an option.