Porsche Cayman Shooting Brake Uncovered? Probably not but worth a look... 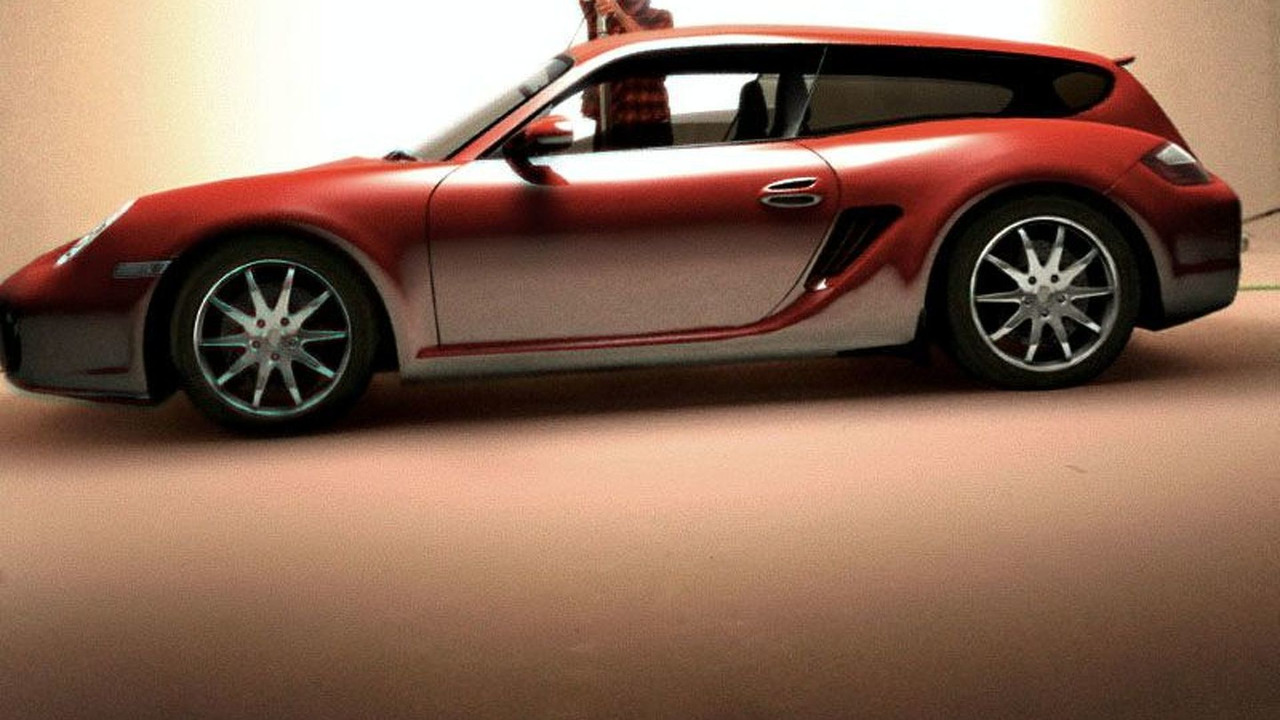 Has the fabled Porsche Cayman Shooting Brake been caught at a studio shoot ahead of a Frankfurt reveal? Or is this a clever Photochop job capitalising on fans' wishes for such a car?

For some time now rumours of a Posche Cayman Shooting Brake model have been circulating. Now this image of the supposed car has been posted on the Porsche section at Flickr. Most probably it is a fake as it was posted by a user with no known credentials. Or it could be real; the user could be an insider screaming for some hype for Porsche's next shocker. In any case a screen shot of the car has appeared on the upcoming XBox 360 racing game Forza Motorsport 3.

There was a Porsche mule spied only last month and thought to be this elusive Shooting Brake. The latest image seems to have been taken during a studio photo shoot. What appears to be a man adjusting a light is seen on the other side of the car, presumably working on the instructions of the photographer who has our view of the car. From what is visible there is no B-pillar, thus suggesting a concept rather than a finished product.

Of course this whole thing could be a very good Photoshop job by some clever graphics champion. One way or the other the answer will come at the 2009 Frankfurt Motor Show. FM3 releases in October, after the show. Woe unto the one who leaked this shot if indeed it turns out to be real.

Thanks to Forest for the tip!