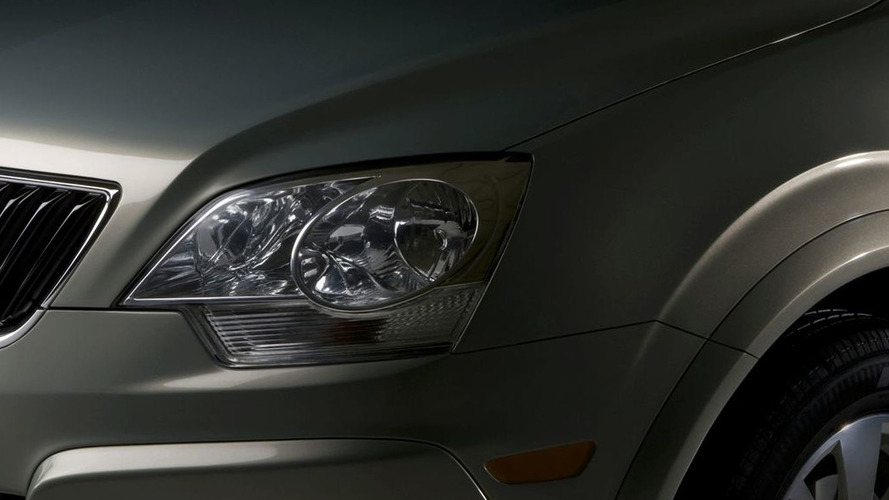 These teaser photos clearly show the 'new' Buick is nothing more than a rebadged Saturn VUE with a waterfall grille.

When GM threw Saturn under the bus, many of us were left wondering what would happen to the 2010 VUE plug-in hybrid. We finally have our answer; GM has announced they will introduce a new Buick plug-in hybrid in 2011.

These teaser photos clearly show the "new" Buick is nothing more than a rebadged Saturn VUE with a waterfall grille. Set to be positioned beneath the massive Buick Enclave, the new unnamed crossover will be launched with petrol engines in late 2010.

Like the VUE, the Buick's base engine will be a 2.4-liter Ecotec four-cylinder with direct injection. While no official specifications have been announced, the VUE's 2.4-liter engine is rated at 169 hp and 161 lb-ft of torque. Oddly, the VUE's 257 hp 3.6-liter V6 engine has been replaced by the new 255 hp 3.0-liter V6 from the Buick LaCrosse.

The plug-in Buick crossover "has the potential to achieve double the fuel economy of comparably-sized SUVs on short trips", thanks to GM's 2-Mode Hybrid system and an advanced lithium-ion battery produced by LG Chem. The 8 kWh battery resides under the cargo floor and can be fully recharged in four to five hours by any standard 110V household electrical outlet. Unlike the highly publicized Chevy Volt, the Buick plug-in can only travel up to 10 miles on electric power alone, so the car will instead rely heavily on the aforementioned 3.6-liter V6 engine.