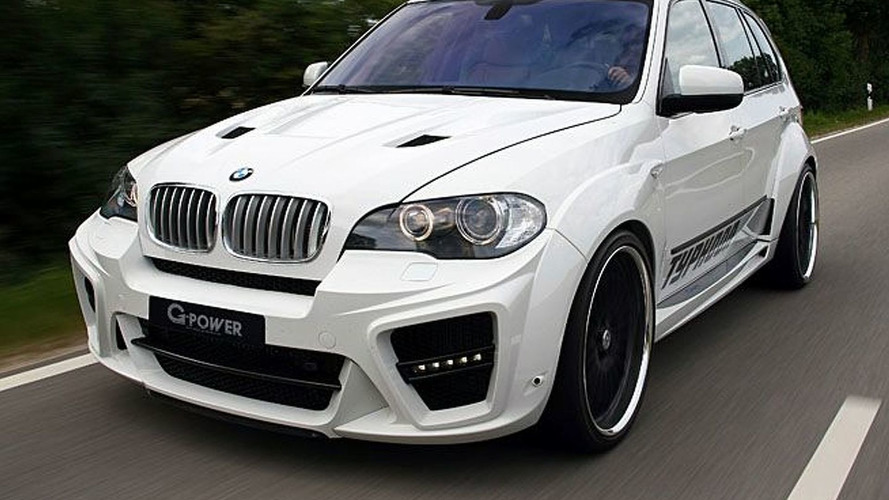 G-POWER has unveiled a more powerful BMW X5-based TYPHOON RS which kicks out a thick 625hp alongside 700Nm of torque. Performance is of course in the league of supercars.

Because no serious tuner can accept that a factory car will be more powerful than their tuned version of the same car, these power-loving companies are always trying to outgun the standard car by a mile if they can. G-POWER's reputation is one of gung-ho power that seems to know no boundaries.

As recently as in March this year the tuner released the X5 G-POWER TYPHOON with 386kW (525hp). Since then BMW has confirmed the power figure of the standard X5 M to be 408kW (555hp). Not to be upset by the OEM the tuner now brings out the X5 G-POWER TYPHOON RS which forks out a phenomenal 460kW (625hp) and maximum torque of 700Nm from a completely re-engineered 4.8-litre V8.

The engine has been force-fed using the G-POWER SK III RS supercharger. The boost pressure is 1.0 bar. The core of the supercharger is the ASA supercharger system which is also used in the Alpina B5S, B6S and B7 models, as well as the B6 GT3 racer. It makes the X5 go from 0 - 100km/h in 4.5 seconds, 0 - 200km/h (124mph) in 16 seconds to eventually reach a top speed of 285km/h (177mph). Gears are selected using a 6-speed automatic transmission while grip and go come from the xDrive AWD system.

Inside G-POWER fitted accessories like a TYPHOON design speedometer, a sports steering wheel and aluminium bits. Customers can pretty much spec the car do their own personal desires. Each X5 G-POWER TYPHOON RS can be ordered directly or can be created from an existing customer X5 (E70).