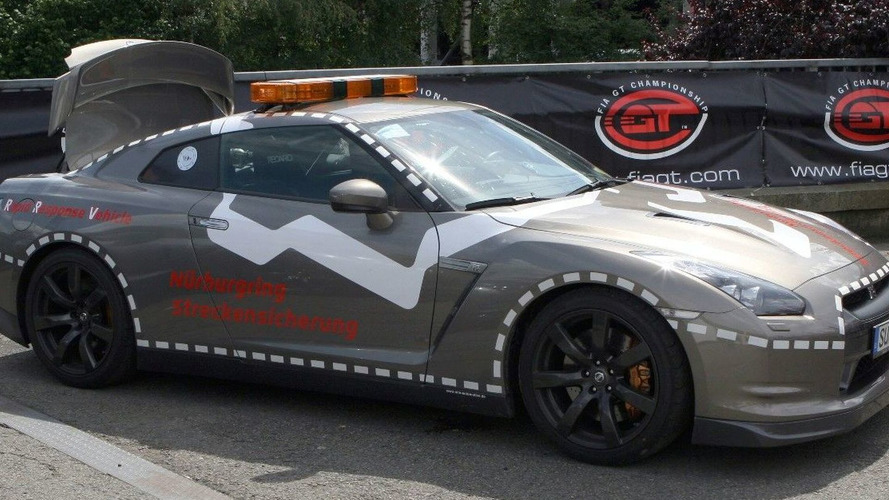 The Nissan GT-R gains more kudos after being selected to serve as a rapid response vehicle at the Nurburgring's Nordschliefe. Appropriate some might say, given the recent history of the car and this track.

The mysticism surrounding the current Nissan GT-R has gained another chapter after the car was chosen as an emergency vehicle at the Nurburgring's Nordschliefe. Having lapped the ‘Ring to record one of the fastest if not most controversial times, the GT-R "knows" this fabled track like the inside of its cylinder bores.

This special car is equipped with such items as a full roll cage and carbon fiber Recaro racing seats. To do its job properly it comes with a fire retardant tank which is situated at the rear passenger area, a functional hose reel and an equipment bay in the boot.

Mishaps have frequently happened at the Green Hell, even to reputable automakers (remember the R8 V10?). Therefore a vehicle like this is not just for show but is quite necessary. At a track that's over 20km long getting to the most remote spot can take up to a few minutes which can prove critical in saving someone's life.