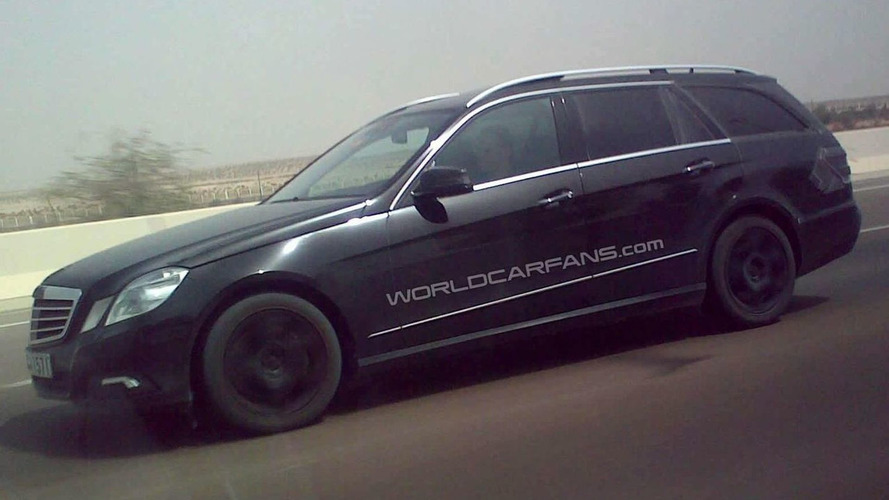 The camouflage is slowly coming off as Mercedes-Benz prepares to unveil the E-Class Estate at the 2009 Frankfurt Motor Show. These two cars were shot by two WCF readers in Dubai and Switzerland.

For yet another instance the Mercedes-Benz E-Class Estate (wagon) has been spied. And it is in Dubai again. These pictures of the black car were sent to WCF by reader Alsuwaidi. They were taken on Sheikh Zayed Road which stretches between Dubai and its sister Emirate Abu Dhabi. The registration number matches that of the same model car of the same colour spied last month, also in Dubai.

The other picture where the E is painted "Pearl beige" comes from another WCF reader xLumino whose car was in turn photographed by the driver of the Mercedes-Benz after he was discovered with his camera in hand. This was not Dubai however, it was over 4,000km (2485 miles) away in Switzerland. xLumino was able to catch the rear which appears to only have the taillights and the Mercedes-Benz badge covered. The model caught appears to be either an E 200 CGI or an E 200 CDI.

The Estate has been confirmed for a first official public appearance at the 2009 Frankfurt Motor Show.