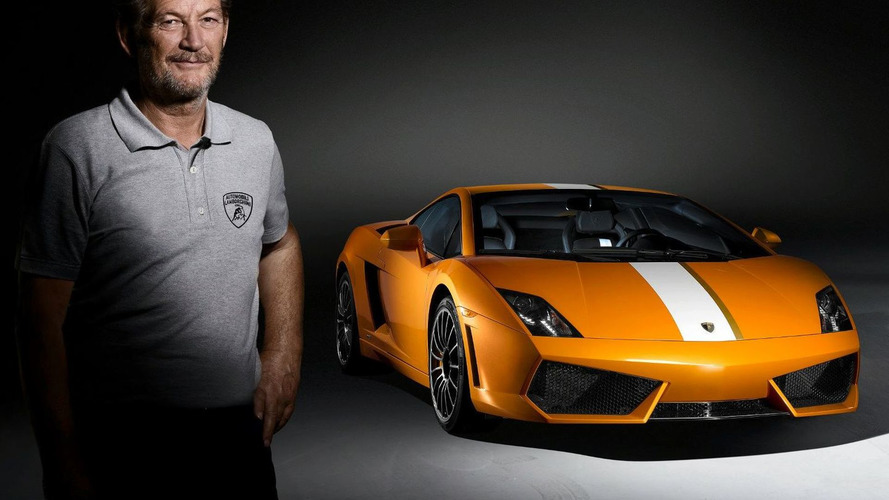 A nearly five-minute video featuring a new special edition Gallardo named for Valentino Balboni has just been released.  The very humble Balboni, a Lambo test driver for 40 years, nearly breaks down in tears towards the end of the video because of how touched he is by the gesture to name a car after him.

In his honor, the company will produce the Lamborghini Gallardo LP 550-2 Valentino Balboni special edition.  The car will be a bit distinct from other Gallardo models, with a racing stripe adorning the exterior, and unique interior features.

Limited to just 250 units, the rear-wheel drive supercar comes with a 5.2-liter V10 engine.  The 550 hp unit propels the car from 0 to 100 km/h in just under four seconds, on its way to a 320 km/h.  It has a 45% limited slip differential on the rear axle, a new stability system allowing for better drifing, new dampers, springs, and tires.

Balboni believes that there is not a man alive who has driven more miles than he has in a Lamborghini, and he's probably correct.  If anyone deserves to have a Lambo named after him, it's Balboni.