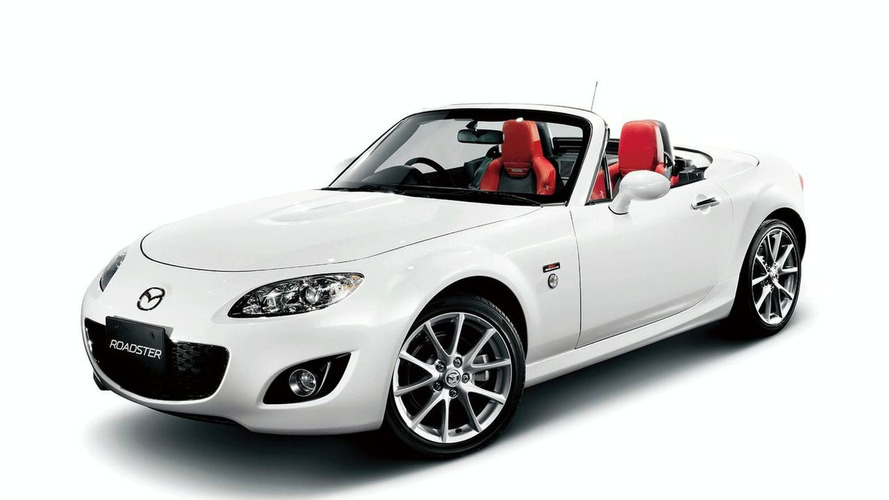 Since its initial launch in 1989 the car has gone through a couple of reincarnations and has also been recognised by Guinness World Records as world's most produced two-seat, open-top sports car. This was after production hit the 800,000 mark. Since then over 860,000 units have been made and sold in about 60 countries.

The special 20th Anniversary edition is based on the Roadster RS soft-top which comes with a 6-speed manual gearbox and the VS Power Retractable Hard Top (RHT) with a 6-speed automatic transmission.

Some equipment changes have been made to signify the car and the occasion. That means exclusive ‘20th Anniversary' badges, and clear front fog lights, 205/45R17 84W tires and 17-inch aluminum wheels, Fabric soft top with glass rear window (soft-top model only) and unique red and black RECARO bucket sport seats with a five-temperature heating function.