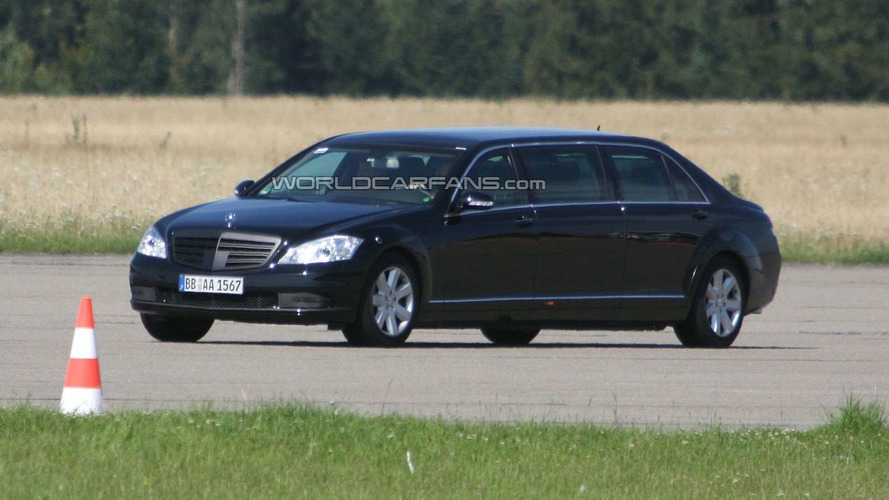 A facelifted Mercedes-Benz S-Class stretched limousine has been spied conducting what seems to be some form of training exercise. It comes with a new front bumper and LED lights.

The facelifted Mercedes-Benz S-Class was shown in April this year. Now spies have caught the stretch limousine version of the car being tested. The front end seems to feature a new bumper and LED lights will be part of its appearance. The limo appears to be on some sort of skid pan in what looks like the standard training exercise conducted by Mercedes-Benz for drivers and sometimes owners of these cars.

Mercedes-Benz is big on stretched limousines and has a good chunk of the market in many countries. This particular car should be 6.4 metres long and weigh more than two tones.

The current S-Class Pullman Guard is powered by a 5.5-litre V12 bi-turbo engine that makes a heady 380kW (517hp) and 830Nm of torque. Peformance figures are not the same as the standard-length car because of the extra security features installed, such as thicker windows. It also has body resistance for certain types of hand guns, some explosives, runs on runflat tyres and has an interior fire extinguisher fitted.

The Pullman Guard is not just a semi-armoured tank but a proper S-Class as well, which means a luxurious interior suited to the kind of money paid for such a car.