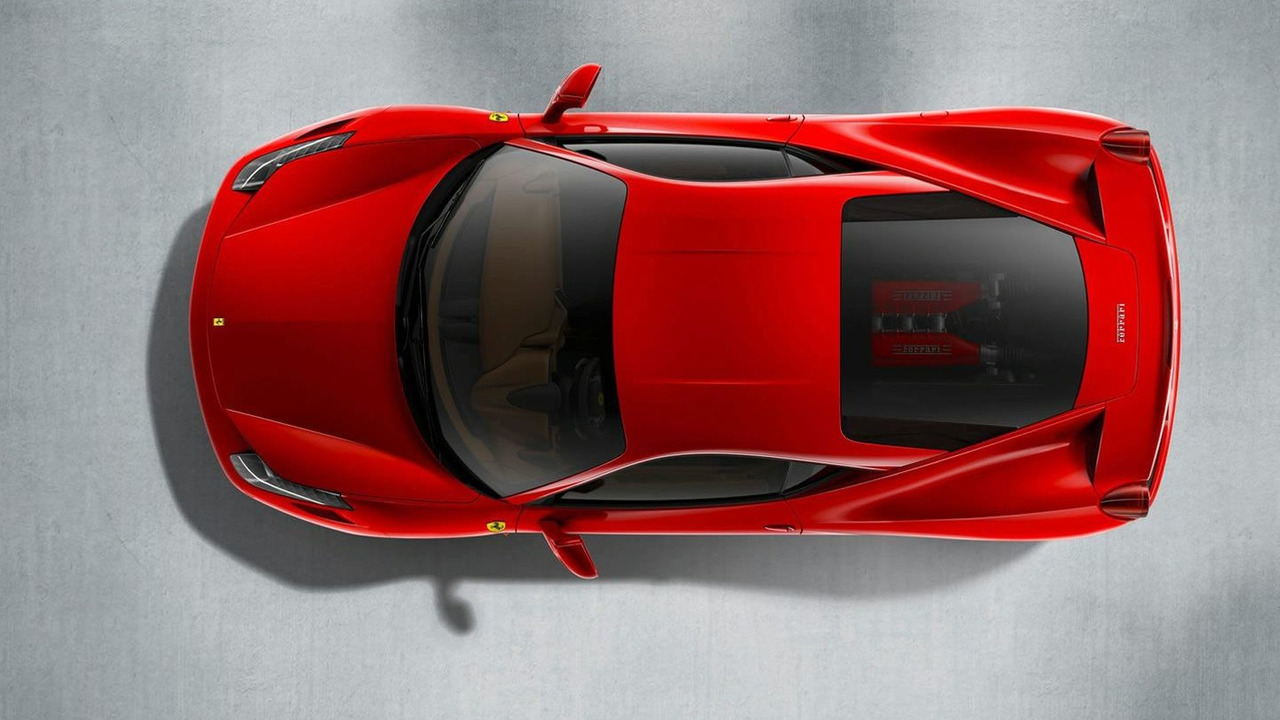 Ferrari has officially taken the wraps off their highly anticipated F430 replacement, the 458 Italia.

Described as a "massive leap forward" and a "genuine departure from the current range", Ferrari considers the new supercar to be "a synthesis of style, creative flair, passion and cutting-edge technology."

Boasting a futuristic Pininfarina design, the 458 Italia has a compact aerodynamic shape which helps to reduce drag and improve downforce (which is 140 kg at 200km/h). The front end features a bold grille which houses small aero-elastic winglets "which generate downforce and, as speed rises, deform to reduce the section of the radiator inlets and cut drag." Elsewhere, the car features small openings between the hood and headlights for added engine cooling. Out back, the 458 has aggressive rear end which houses a massive diffuser, California-style taillights, and three center-mounted exhaust tips.

Riding on a lightweight aluminum chassis (the car has a dry weight of 1380 kg/3042 lbs), the 458 Italia boasts a 42/58 weight distribution which promises to deliver outstanding driving dynamics. This is further backed up by a twin wishbone front suspension and a multi-link rear set-up. Ferrari also equipped the car with an advanced direct steering system, updated versions of E-Diff and F1-Trac which offer a 32% increase in longitudinal acceleration, and a high performance braking system which cuts the car's 100-0 km/h braking distance to a short 32.5 meters (106.6 feet).

As with all Ferraris, the 458 Italia features numerous lessons learned from company's Formula 1 racing efforts. One of the key improvements is a reduction of internal engine friction which helps to improve fuel economy and reduce emissions. Thanks to this racing derived knowledge, the car has fuel consumption rating of 13.7L/100 km while CO2 emissions are 320 g/km. Elsewhere, the company added a unique racing-inspired steering wheel and dashboard which slope down and away from the driver to minimize distractions.

Look for more information and details to be released closer to the 458's official unveiling at the Frankfurt Motor Show.