Audi A6 Prototype Spotted In Barcelona By Motor1.com Reader 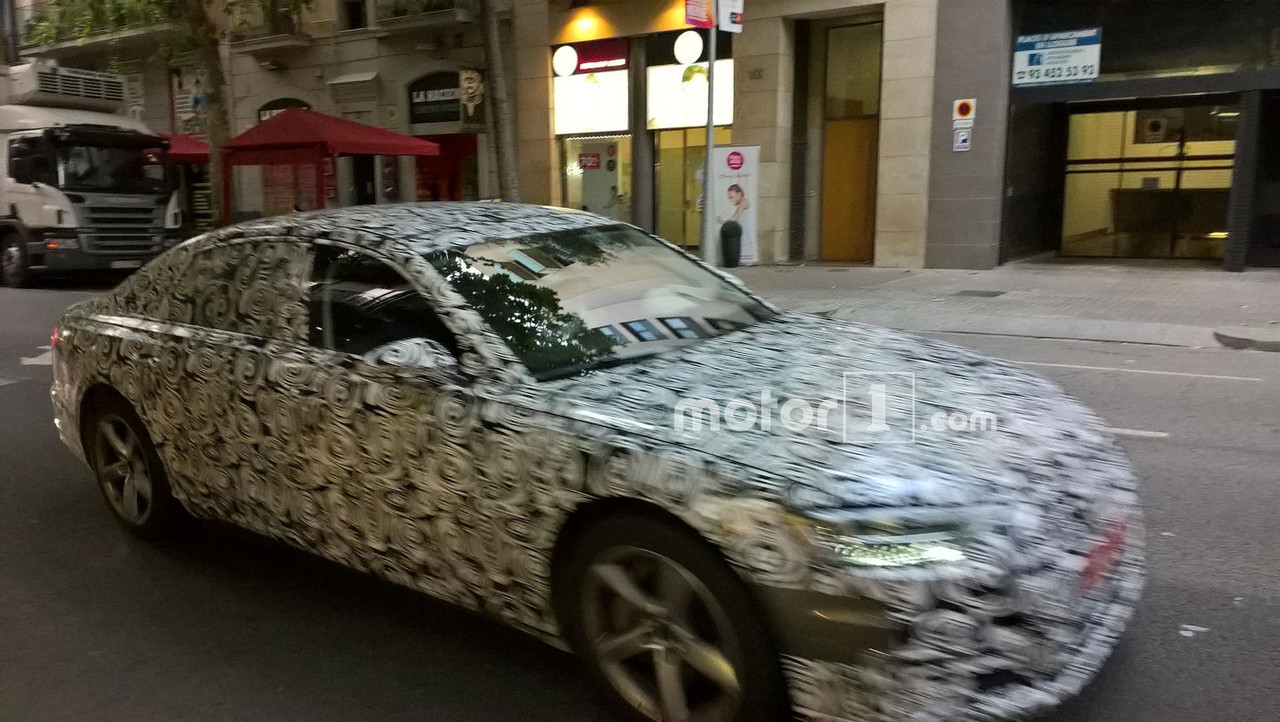 The upcoming sedan features a svelte shape and design cues from the upcoming A8.

[UPDATE July 11] Now that we've had a good look at the 2018 A8, which just debuted today, we can't help but notice a strong resemblance to this prototype. The light bar across the rear is also a giveaway that this is an A8 and not an A6.

Thanks to Motor1 reader turboro, we have a chance to see a test mule for the next-generation Audi A6 on the road in Barcelona, Spain, near the Sunotel Hotel. These photos and earlier ones indicate that the new A6 should have a significant resemblance to the upcoming A8, just in a smaller package.

The A6 looks gorgous in the city in turboro’s pictures. The images don’t provide a great view of the front end, but they highlight the svelte roofline. The tail features a strip of LEDs running across the sedan’s entire width that curve around at each end to form the taillights. It’s quite a stylish look.

Audi design boss Marc Lichte already revealed that the forthcoming A6, A7 Sportback, and A8 have a family resemblance, but he incorporated small tweaks to make each one unique. The grille is largest on the A8, and the A7 has additional creases in the hood. The A6 has the smallest version and incorporates L-shaped pieces of chrome trim. The A6 also features headlights that are farther away from the grille than the A8.

Judging by these photos and previous ones, the next A6’s wheelbase appears to grow, even if the vehicle’s overall footprint is roughly the same size. It rides on the MLB Evo platform, which should allow for some weight loss in comparison to the existing sedan.

The next A8 debuts on July 11, and the A7 follows late in the year. The A6 will be the last of the trio to arrive and will come sometime in 2018.

There is a good indication that the next-gen A6 Avant could return to the United States market, maybe even in an Allroad trim. Audi sees customer interest in the U.S. among a “small group of aficionados” for an alternative to crossovers, and the automaker wants to have a product that caters to those buyers.