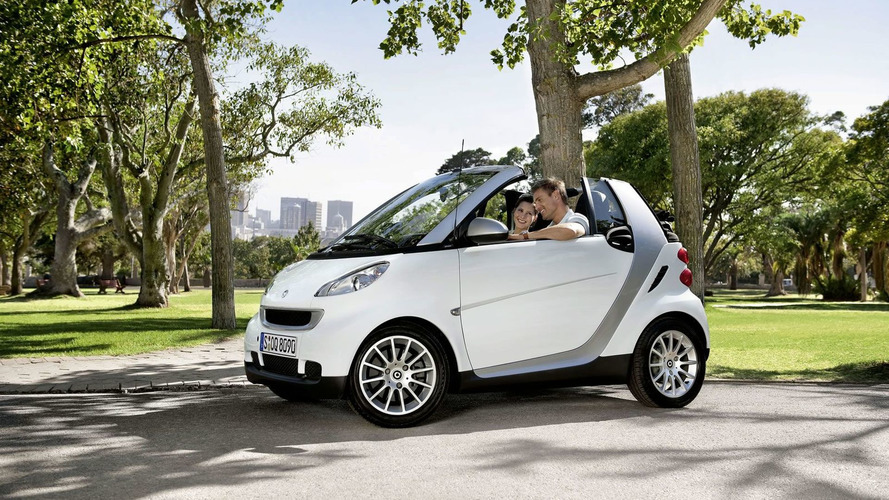 A much needed power boost has been announced for the 2010 smart fortwo cdi. The car gets increases in horsepower, torque, and (unfortunately) price.

A press release sent out by Daimler today indicates that the 2010 smart fortwo cdi will receive a significant increase in power.  The tiny vehicle's three-cylinder engine will be bumped up to 54 horsepower, up from a hair over 44.

The 2010 model year car will also get some new optional equipment, like a folding armrest, hands-free system, and a color multimedia display.  In Germany, the 2010 smart fortwo cdi coupe will cost €11,790, including tax.  The price is up almost €200 from the '09 model.