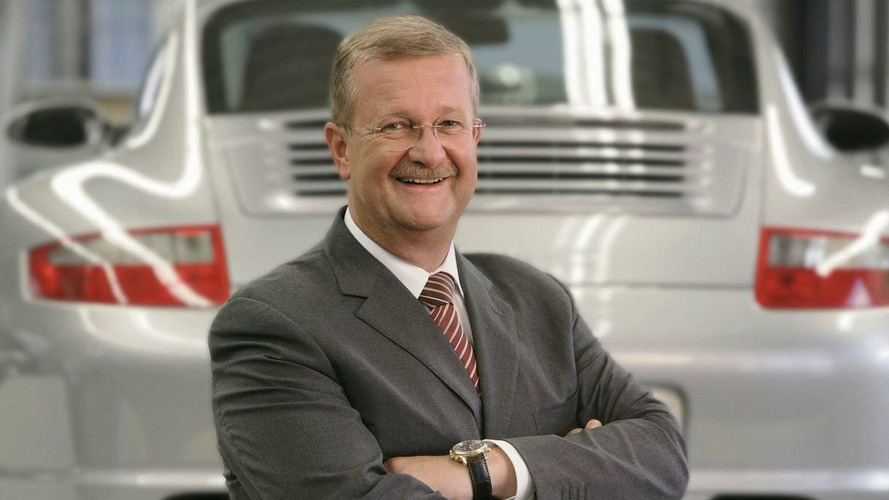 Wendelin Wiedeking has officially stepped down as CEO of Porsche as part of a deal that will bring the sports car maker into the VW fold.

Porsche SE CEO Wendelin Wiedeking has agreed to leave the company he helmed for 16 years as part of a deal to sell sports car marquee Porsche AG to Volkswagen for €8 billion.  The resignations of Wiedeking and Porsche CFO Holger Haerter were announced following a meeting of the Porsche supervisory board, and are effective immediately.

Wiedeking spearheaded Porsche's failed takeover attempt of Volkswagen, Europe's largest automaker, allowing his company to increase their ownership of VW to 51 percent with an additional 20% in options.  The strategy started in 2005, with Porsche gradually accumulating more shares while fighting with the government of Lower Saxony about the legality of a full takeover.  Meanwhile, debt at Porsche swelled to over €10 billion, prompting Porsche to raise capital from outside investors and sell off its sports car division to negate the debt.  During the board meeting, Porsche reaffirmed plans to raise a minimum of €5 billion, in part from a Qatar-based investment group.

A meeting this afternoon in Stuttgart by the VW supervisory board is expected to include a declaration of support for Porsche, including the desire to make Porsche the next brand under the VW umbrella.  Volkswagen already owns Audi, Bentley, Bugatti, Lamborghini, Seat, Scania. Skoda, VW, and VW Commercial Vehicles.

The takeover attempt is believed to have widened an already-sizable rift within the family that controls both companys.  VW Chairman Ferdinand Piech is the cousin of Porsche SE chair Wolfgang Porsche.  Both men are grandchildren of VW Beetle creator Ferdinand Porsche, who also founded Volkswagen.  Further complicating matters is Piech's participation as a partial owner of Porsche, and Wolfgang Porsche's membership on Volkswagen's supervisory board.

“Wiedeking’s course has split the families and caused major irritations in Porsche’s working ties with VW,” said Stefan Bratzel in an interview with Bloomberg.  Bratzel runs the Center of Automotive Research Institute in Germany.  “Wiedeking has no place in a combined VW-Porsche carmaker.”

Porsche may also be in a position to save money by hiring a new CEO to run the firm.  Wiedeking received an annual salary equal to 0.9% of pretax profit at the firm, which translated to a roughly €77 million paycheck for July 2007 to July 2008.  That high figure was not always the case.  When Wiedeking took the helm at Porsche in 1993 he found himself in charge of a nearly bankrupt firm.  He transformed Porsche AG into one of the most successful automakers in the world, which boasted higher profit margins than any other automaker worldwide.

Porsche executive board member and production chief Michael Macht will takeover for Wiedeking.