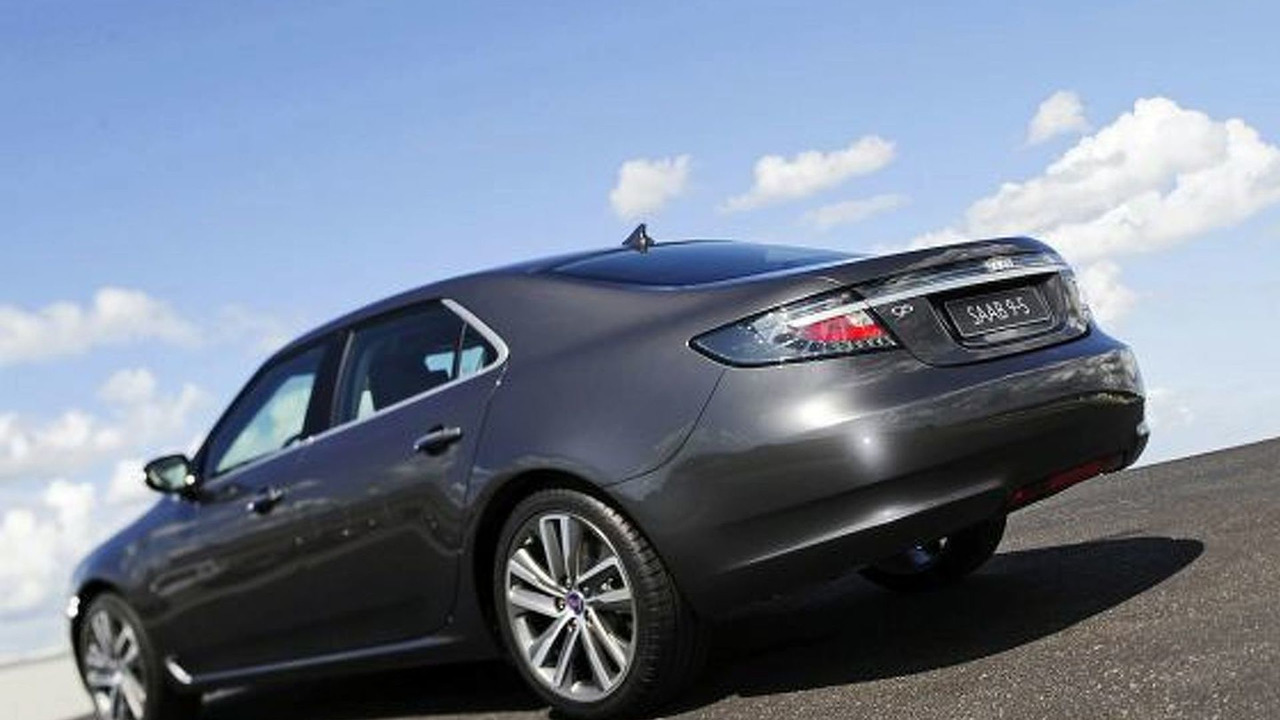 Saab's redesigned 2010 9-5 sedan has been unmasked thanks to several leaked press photos.

Saab's redesigned 2010 9-5 sedan has been unmasked thanks to several leaked press photos.

Set to be officially unveiled at the Frankfurt Motor Show, the new 9-5 features distinctive styling with a bold front end and a sleek profile. Overall, the design is pretty much what we expected but there are several interesting touches such as blackened A-pillars and dark trim across the top of the side windows. At the rear, the sloping C-pillars help to give the 9-5 a dramatic appearance which is further assisted by clear LED taillights.

Inside, the cabin boasts traditional Saab design cues such as a "7" dashboard, complex air vents, and a center console-mounted ignition. Other styling touches include glossy black trim, aggressively bolstered seats, and a thick-rimmed steering wheel. On the options list, we can expect a rear seat entertainment system, bi-xenon headlights, a Harman Kardon audio system, keyless entry, and a large 8-inch navigation system from Panasonic.

Based on a sportier version of GM's Epsilon II platform, the new 9-5 rides on a 2.84 meter (111.8") wheelbase which should offer plenty of room in the passenger compartment. The increase in room also extends to the truck, where cargo capacity measures a healthy 513 liters (18.11 cubic feet).