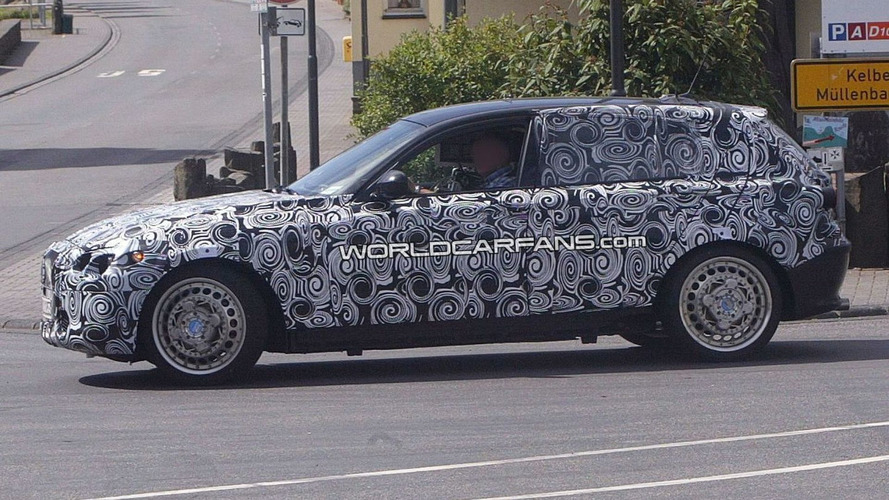 The mule sports a Kistler RoaDyn wheel force and torque sensor system, which could indicate that BMW is testing an xDrive system on the 1-Series.

Our spy photographers have managed to catch a 2011 BMW 1-Series prototype equipped with a wheel force testing apparatus.

These photos, taken near Germany's famous Nürburgring, show a prototype outfitted with a Kistler RoaDyn wheel force and torque sensor system which is typically used to test four-wheel drive (and all-wheel drive) vehicles. This could indicate that BMW will offer their xDrive system on the 1-Series for the first time, however we cannot confirm this since the equipment can also be used to test two-wheel drive vehicles as well as several other applications.

While little is known about the car's design, styling should mimic recent BMWs such as the X1 and 5-Series GT. This likely means the 1-Series will receive a larger, more upright twin-kidney grille and a bold set of headlights.

Power will be provided by a variety of petrol engines (both naturally-aspirated and turbocharged) as well as the usual turbo diesels. The petrol engines are expected to boast outputs ranging from 105bhp (78kW) to 326bhp (243kW), while the diesels will likely have outputs of 150bhp (112kW) to 211bhp (157kW). BMW's recent foray into the world of EfficientDynamics should also result in a "green" 1-Series which will feature low fuel consumption and reduced emissions.

Look for the redesigned 1-Series five-door to go on sale in mid-2011, with coupe and convertible models expected to follow shortly thereafter.