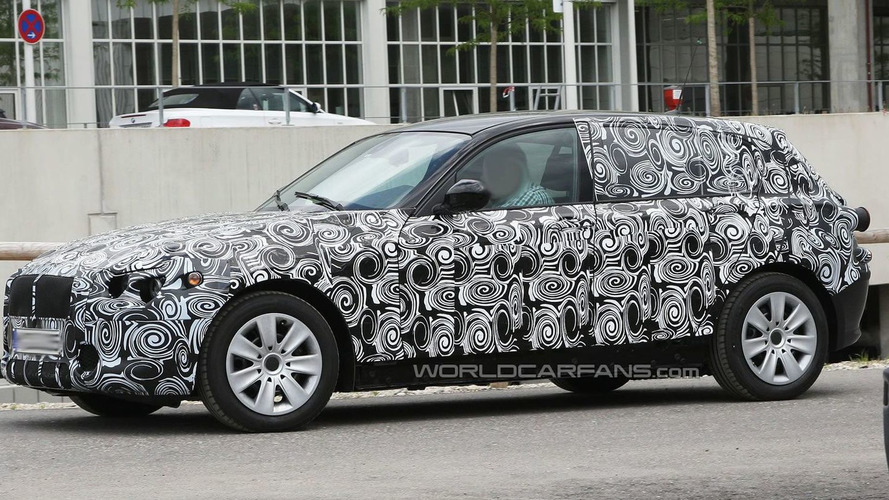 A new spy video of the next-generation BMW 1 Series hatch has appeared. Sadly not too much detail has been given away this time. Sources say the car will feature, among others, a 1.6-litre turbo petrol.

In this new spy clip the 2011 BMW 1 Series is caught at a fuel station while taking a break from testing duties. The driver catches a glimpse of our spies and gives a threatening look. Then he starts up the engine and swiftly takes off down the street. Our spies are relentless and they take off after the Beemer in pursuit of camouflaged truth.

Very little is uncovered though, including the single tailpipe that in today's times would signal a 120i or less. However, with rumoured three and four-cylinder turbos on the horizon, this cannot be assumed anymore.

Speaking of rumours, a Peugeot source told WCF that the 2011 1er will feature the same 1.6-litre turbo from MINI and Peugeot. It would produce more than 100kW (136hp) in that application. Turbo diesels are an obvious choice to join the lineup.

The new range of 1 Series should appear in showroom floors in mid-2011, first with the hatchback version followed by other variants like the coupe and the convertible.