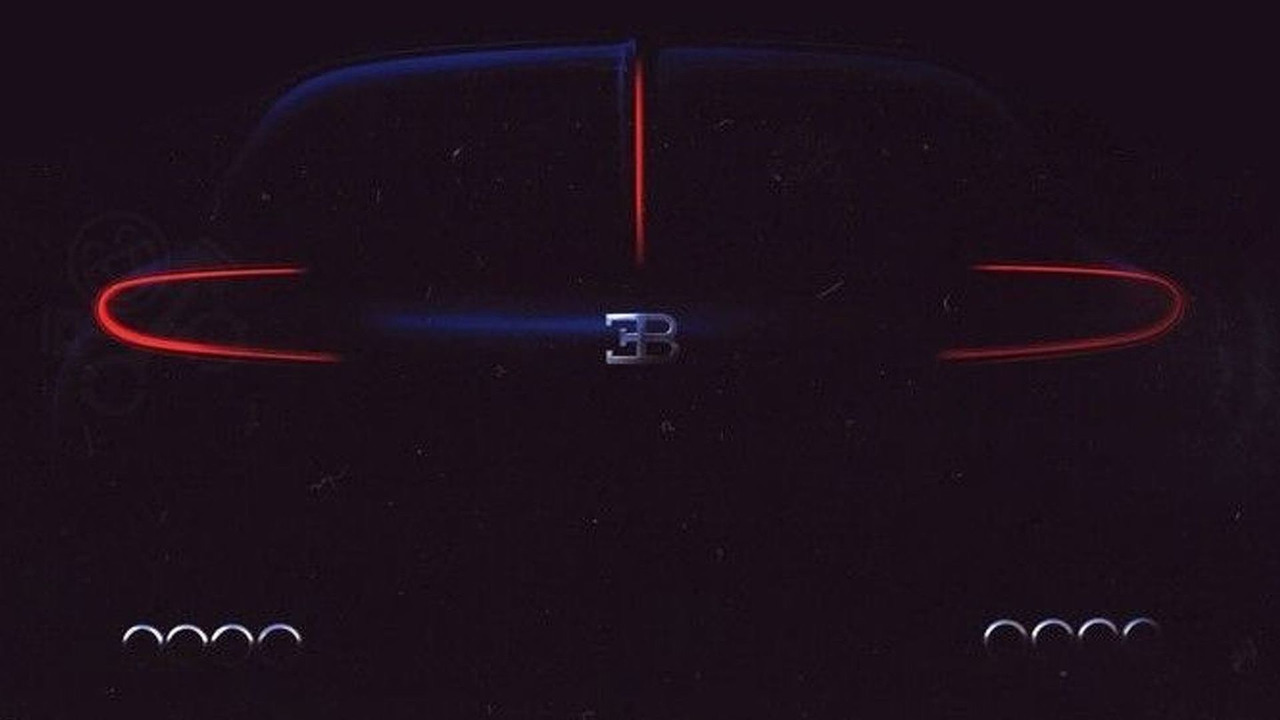 The Bordeaux will likely boast 1001 hp and 1250 Nm of torque, which should earn it the title of being the fastest and most powerful sedan ever created.

Like the first teaser, that we brought you earlier this week, the new picture shows the rear end of Bugatti's highly anticipated sedan. While we can't make out a lot of details, it is clear the Bordeaux features a distinctive design thanks to two horizontal horseshoe taillights and a large vertical center taillight which suggests the car may have a split rear window. Below the unique lighting display, we can see twin sets of quad tailpipes.

While details are scarce, the Veyron's quad-turbocharged 8.0-liter W16 engine is expected to see duty in the new sedan. This likely means the Bordeaux will boast 1001 hp and 1250 Nm of torque, which should earn it the title of being the fastest and most powerful sedan ever created.

Despite costing an estimated several hundred thousand dollars more than the new Bentley "Grand", the Bordeaux will likely borrow much of its underpinnings from the Arnage successor.

The picture reportedly comes from an invitation to an event which takes place during the Frankfurt Motor Show, so expect a concept version of the Bordeaux to debut in September.