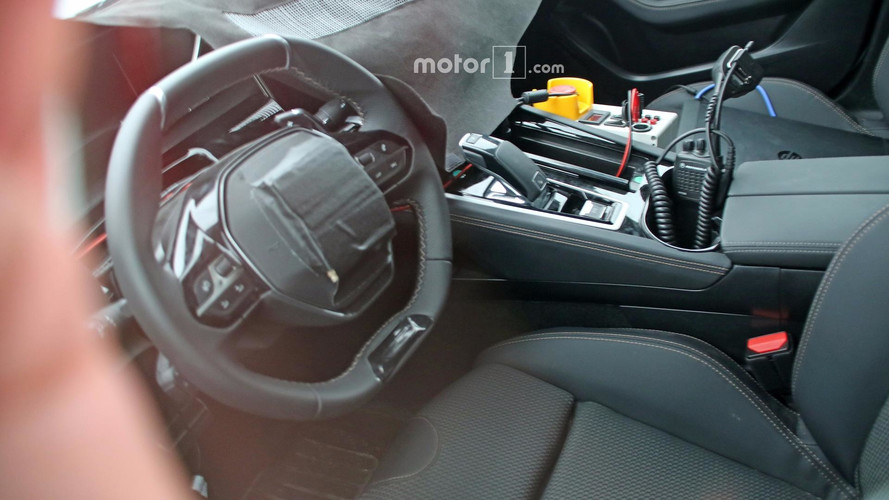 Vastly different on the outside, drastically changed on the inside.

Automakers nowadays are using the term “all-new” more often than they should since in many cases the cars they’re talking about are not actually 100 percent new compared to their predecessors. This, however, will be. The second-generation 508 is being developed from the ground up and will be entirely different than the aging current model launched way back in 2011.

Fans of the lion badge are patiently waiting for the next generation to replace one of the oldest cars in the midsize segment together with sister model Citroën C5, which is even older as it came out almost a decade ago. While the C5 is unlikely to live to see a new generation in Europe, the 508 will continue on the old continent and is going to be transformed into a much sleeker car to take on the Opel Insignia Grand Sport, Renault Talisman, and VW Passat.

The exterior has been spotted before, so these new spy shots don’t bring anything new to the table. We would like to point out the curvature of the roof at the back corroborated with the raked rear window seem to indicate the new 508 will lose the once traditional sedan body style to adopt a sleeker and more practical liftback configuration like the new VW Arteon.

The coupe-like shape will come along with a considerably lowered ride height giving the 508 a much more exciting stance compared to the rather bland model on sale today. Let’s just hope the rear passengers won’t have to suffer because of that heavily inclined roofline, which could eat into the headroom.

Our spy photographers were able to take a peek inside the revamped cabin that won’t have anything in common with the outgoing 508. It goes without saying Peugeot will implement its second iteration of the fantastic i-Cockpit seen in the new 3008 and 5008 (pictured above on the right). You can easily see the small steering wheel and all-digital instrument cluster taken from the crossover duo. The front seats with decent amount of later support are also partially visible, as is the shiny center console wrapped on its sides in leather and set to be a fingerprint magnet judging by the glossy black finish.

We might see the all-new 508 at the Frankfurt Motor Show in September, unless Peugeot will decide to wait for Geneva in March 2018. When it will arrive, it will sit on the same EMP2 platform like the 5008 from where it will inherit most of the hardware. A hybrid version is probably in the works as well, though it might not be offered from day one.

Given the 508's major transformation, perhaps a name change is in order to further emphasize it's a whole new car? The 2014 Exalt and 2017 Instinct concepts had some pretty cool names.