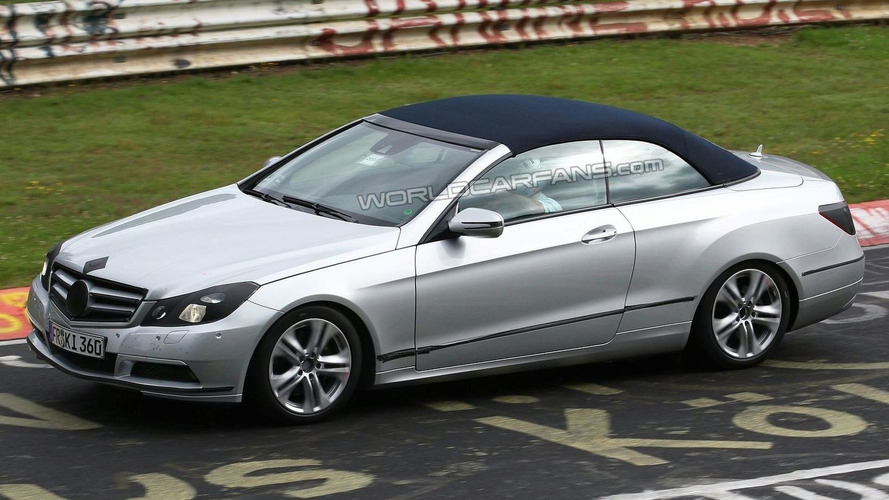 New E-Class Cabrio model will feature a wind protection system and will likely debut at the Frankfurt motor show in September. The E-Class Cabrio is set to launch sometime in 2010 as a 2011 model.

Here's a set of spy pics of a soft-top 2011 Mercedes E-Class Cabrio, featuring very little disguise, spotted during an outing somewhere in and around the vicinity of the Nürburgring circuit while conducting some final high-speed testing.

Of course, the E-Class range itself has been out for some months now, so there isn't much need to mask the styling of this particular variant. But still, Mercedes is trying to hide a few design flourishes here to try to maintain at least some mystery to a much anticipated cabrio release.

What Mercedes may also be attempting to keep from view is a new wind protection system, which may end up being a feature of the new model. But previous spy shots have already caught a glimpse of the windscreen-mounted air-deflector before.

Engines expected will be the same as in the E-Class model range. Mercedes still denies AMG versions of the E-Class Cabrio and Coupe models are pending.

The E-Class Cabrio model is expected to take its first public bow at the Frankfurt motor show in September.