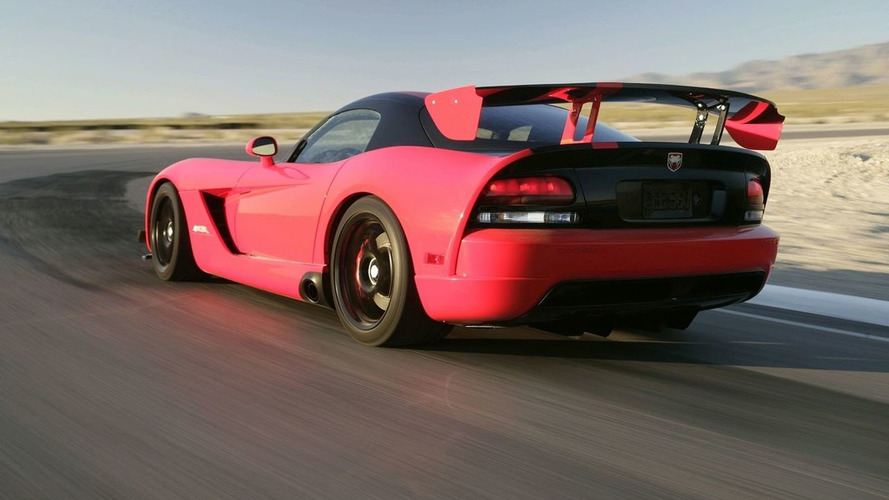 The Dodge Viper SRT 10 has been saved at the 11th hour by the new management at Chrysler, but some parties are not too happy about the decision.

Chrysler's new leadership has decided to reinstate production of the Dodge Viper SRT 10.  The sports car was put under the axe as part of the Chrysler bankruptcy filing earlier this year.

The decision is a blow to supercar manufacturer Devon Motorworks, which had offered $5.5 million for the Viper brand.  The Devon GTX supposedly takes a large amount of influence from the Viper, and will be introduced at the 2009 Concours d'Elegance in Pebble Beach.

Chrysler Group, LLC, did not state why they are not putting a stop to Viper production in December, as previously announced.  First introduced as a concept at NAIAS in 1989, the car got the greenlight in 1990 and went to market in 1992.  The current model is the fourth generation, and uses an 8.4-liter V-10 engine that produces 600 hp and up to 560 ft-lb of torque.  The car has a 0-60mph time of under four seconds, and goes from a standstill to 100mph and back to 0 in under 12.5 seconds.

But Dodge was only able to sell about 435 units in 2007, prompting then-Chrysler CEO Bob Nardelli to put the brand up for sale.  Nardelli confirmed this in 2008, telling American newspaper USA Today that any potential buyer would receive R&D and technological assistance from Chrysler, "in order to ensure a future for the Viper business and perpetuate the legacy of this great vehicle."

"The Dodge Viper has successfully captured the hearts and imagination of performance enthusiasts around the globe," said Dodge chief Mike Accavitti.  "We're extremely proud that the ultimate American-built sports car with its world-class performance will live on as the iconic image leader for the Dodge brand."