2018 Ford Mustang Pony Badge Back Into Corral With New Pack 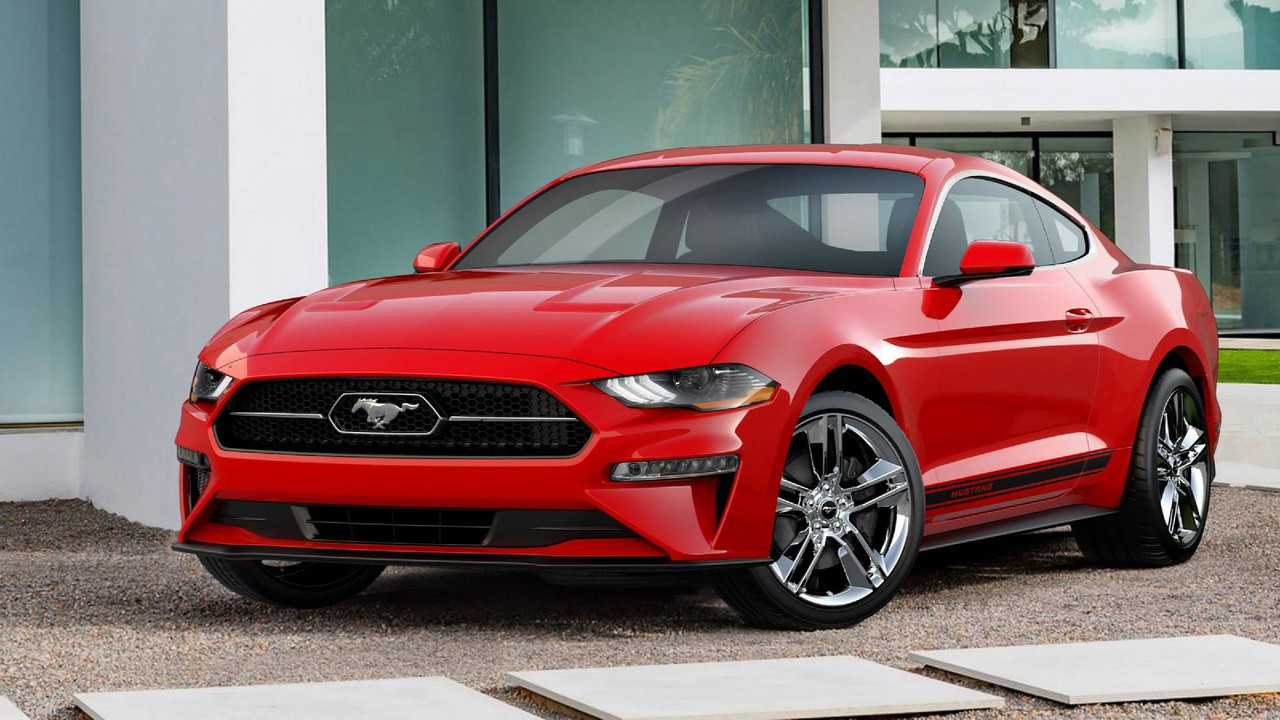 The retro-flavored appearance package is available only for EcoBoost-powered models.

If you are a fan of Mustangs of yesteryear, you’ll love the new Pony Package (yes, that's what it's actually called). Offered exclusively for EcoBoost-powered versions of the refreshed 2018 ‘Stang, the optional kit puts the pony back in its chrome corral on the front grille as a nod to its ancestor from more than half a century ago. The last time when the Mustang had this look was a couple of years ago when Ford had an anniversary package for the 2015MY.

But the Pony Package isn’t just all about the retrolicious badge as it comes along other goodies bundled by Ford. These include shiny 19-inch polished alloy wheels, tri-bar pony logo on rear decklid applique, along with stripes adorning the lower sides of the body. Rounding off the changes on the outside is the bright look of the beltline and window trim, but keep in mind it’s only available for the coupe. There’s not much going on inside the cabin, with the exception of the “premium carpeted” floor mats featuring an embroidered pony.

The optional Pony Package will be available beginning with October when the 2018 Mustang is slated to go on sale.

Ford’s introduction of the Pony Package follows the leaked ordering guide from a few days ago showing a Performance Package will also be available for EcoBoost models, which are also set to get a Wheel and Stripe Package. The beefier GT will be optionally offered with a similar Performance pack like its turbocharged sibling. Both the four-banger and the V8 are getting a Black Accent Package, but only if you go for the black roof.

Details concerning pricing will likely be disclosed closer to the 2018 Mustang’s launch. As a reminder, the naturally aspirated V6 engine has been dropped.

DEARBORN, Mich. - The pony is going back into the corral. An available Pony Package for the 2018 Mustang – offered with EcoBoost®-equipped cars – gives a nod to the nameplate heritage with its grille-mounted pony-in-corral badge design.

As it was more than 50 years ago, the iconic Mustang logo will be surrounded in a chrome corral for the 2018 Ford Mustang-equipped Pony Package. The badge design first appeared on Mustang in the mid-1960s when the car was still in concept phase. It has appeared in various forms since, and was last used as part of an anniversary package for 2015.

The pony-in-corral grille badge is one of numerous appearance updates included with the 2018 Pony Package. Other features include:

The 2018 Mustang is due in showrooms this October.