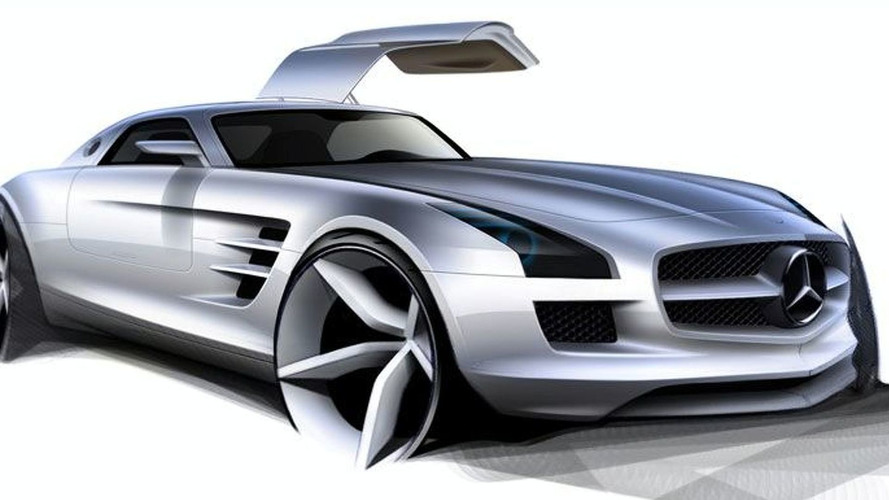 The growing presence of electric roadster maker Tesla in the automotive world may just be giving the traditional sports model makers a reason for pause.

The SLS eDrive, as it is currently called, will feature the same aluminum body and gullwing doors as the production SLS, but major changes to the chassis and suspension are required to make room for the four wheel-mounted electric motors. The double-wishbone front suspension of the standard car will be replaced by a pushrod at the front axle with the damper units made horizontal. At the back, less dramatic changes are required to mount the motors for the rear wheels.

As for performance, AMG says the SLS Gullwing eDrive will do the 0 to 100 km/h sprint in about 4 seconds and top speed will be a relatively unimpressive 193 km/h (120 mph).

Range will be between 150 and 180 km (93 and 112 miles-wise) - also unimpressive given the Tesla Roadster's numbers. And re-charging takes a time-consuming 5 to 6 hours on a high-density power-line and 8 hours on a standard outlet.

But hey, maybe AMG is just putting out realistic charge and range figures while other automakers continue to exaggerate the capabilities of their technologies.