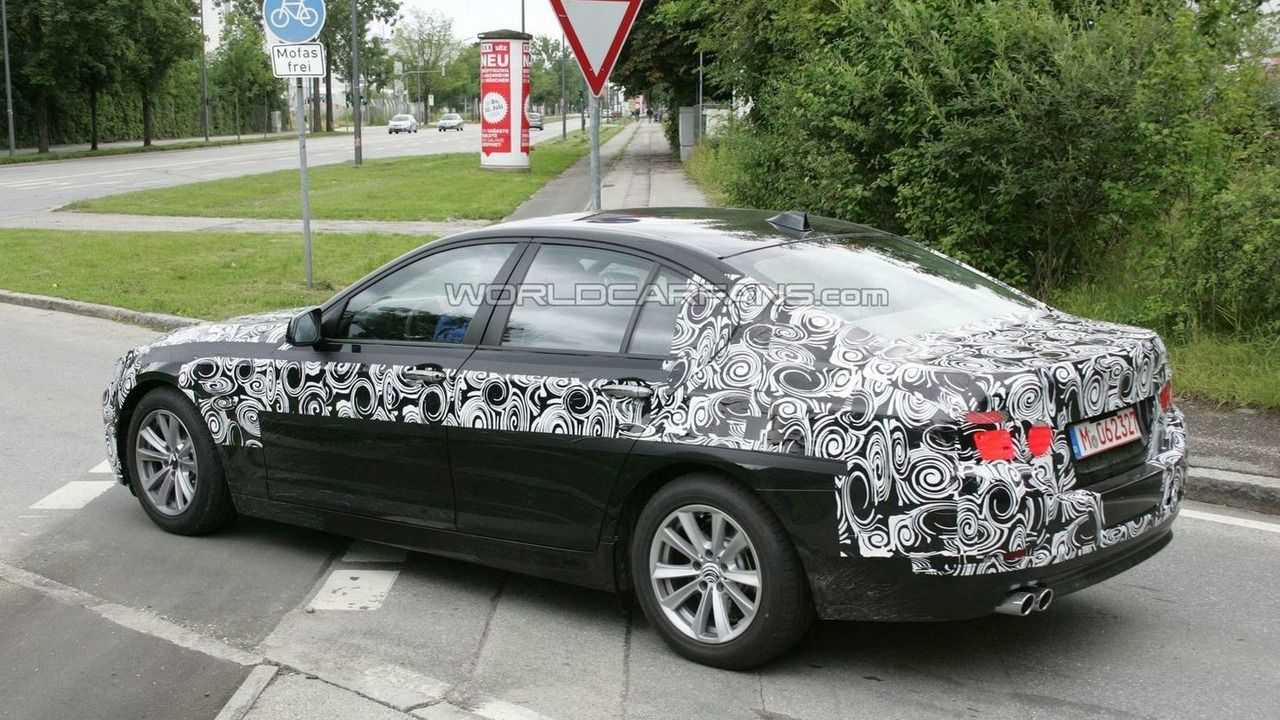 Next-generation 5-series is expected to roll into town sometime in 2010. Spy shots show 5-series design changes to be more evolutionary than revolutionary.

So far, we've seem to have faired better in snatching some spy shots of the next-generation 5-series wagon rather than those of the sedan model. But here's a few shots of the upcoming new 5-series standard sedan, expected to roll into town sometime in 2010.

Now, what do these pics tell us? Not much, because the camouflage is still pretty distracting and quite effective at disguising any changes to the design. Of course, those changes will be subtle, anyway. But shape-wise, the new 5-series seems to be a little more tightly carved. Looking trim, sportier and more like a 3-series than the 7-series it is often compared to. Although, we have had previous spy shots of the 5-series tourer revealing some design cues from its senior sibling, such as with the tail lights.

The 5-series will be expected to come with a wide range of engines currently in the BMW stable. Those include both the 3.0 liter inline 6 cylinder and the 4.4 liter V8 twin-turbo engines. On the lower end of the scale, there will also be 2.0 liter petrol and diesel engines packing enough punch to properly power this mid-range premium model.

The one snapshot of the interior also, unfortunately, doesn't reveal much. But with German brands, the progression of models is always more evolutionary than revolutionary. Expect more of a nodding-of-your-head-in-satisfactory-approval response rather than an elated-popping-of-the-eyes one.