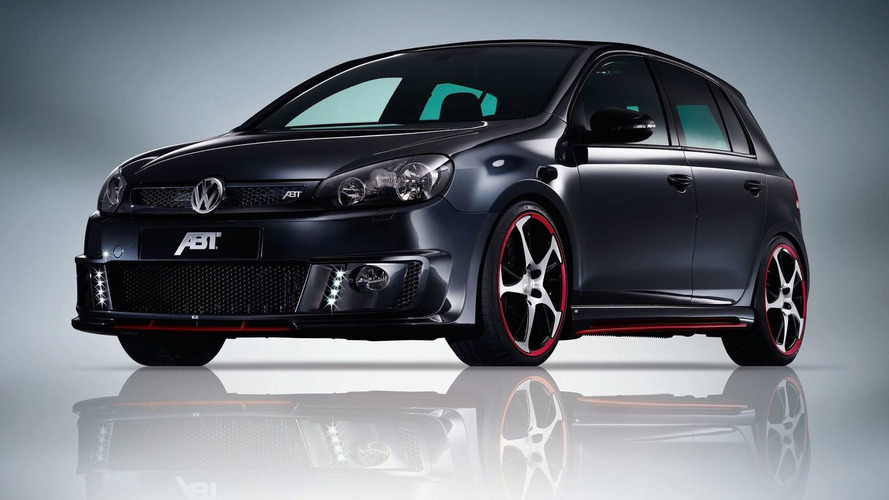 ABT has upgraded the Golf GTI by giving it power of 260hp and 300hp. An aerodynamic kit is also fitted and it includes an ABT front grille, lip, LED lights and a rear spoiler. Prices start at €1,490 in Germany.

The standard GTI is known for producing 155kW (211hp) out of its 2.0-litre four-pot turbo engine. Power has been upped to 191kW (260hp) which is the same as the Mazda3 Speed/MPS. The engine size remains the same but the ECU and exhaust system have been reworked. A new turbocharger has also been used. It does not stop there however. A second package takes the power up to 221kW (300hp) which is just 4kW (5hp) short of a BMW 135i. Performance is 0 - 100km/h in 6 seconds.

Abt suspension springs and brakes are fitted and the suspension system itself is lowered by 30mm. A four-pipe exhaust emits a sporty sound to compliment the kit. The body kit consists of LED lights, a new Abt front grille, spoiler, side bar and a rear spoiler. There is also a front lip. Customers will have a choice of between 18-inch and 19-inch wheels.

The interior is different with red accents on the instrument panel, the dashboard, door trim and the steering wheel.