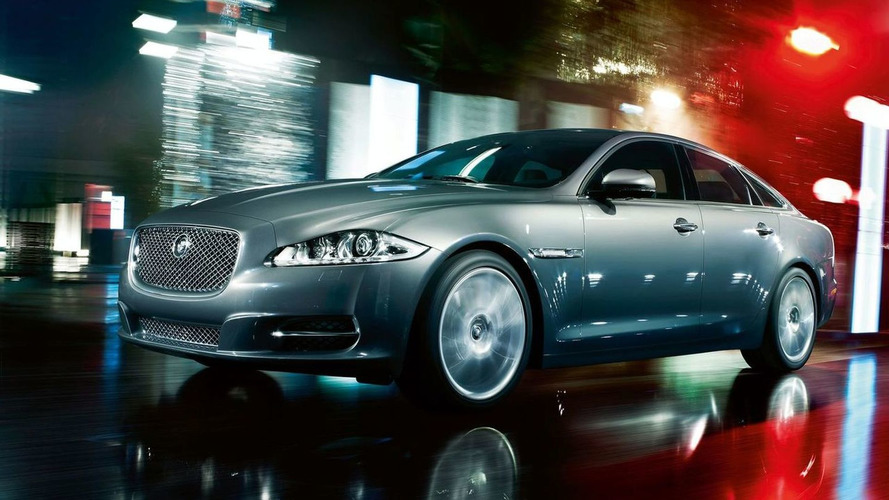 Introducing the all-new 2010 Jaguar XJ. Unveiled at a glitzy event in Chelsea, London, the XJ is said to be the most advanced car in its segment. Features include light aluminium body architecture and Jaguar's Gen III range of powerful engines.

As promised the all-new Jaguar XJ has been unveiled during an exclusive event at the Saatchi Gallery in London this evening. Jaguar Cars Managing Director Mike O'Driscoll was the key speaker at the event while talk show host and car nut Jay Leno was the host. The list of VIP guests included celebrities, business leaders and other public figures.

Jaguar anticipates that the super luxury British sedan will infuse a daring new spirit in its segment, thanks to a bold new design direction, good performance and a high standard of engineering excellence.

"The new XJ is a thoroughly modern interpretation of the quintessential Jaguar," said Ian Callum, Design Director and the man who penned the XF as well. "Its visual impact stems from the elongated teardrop shape of the car's side windows, that powerful stance and its wide track. It is the most emphatic statement yet of Jaguar's new design direction."

A standout exterior feature is the panoramic glass roof that not only creates extra interior light but also gives the XJ a lower roofline. Jaguar says it will offer both the standard car and the long-wheel-base version right from the get go. The latter is 125mm longer but both versions have a boot as big as 520 litres in volume.

Aerospace-inspired aluminium body architecture was used in constructing the XJ, making it lighter (by at least 150kg) than its competitors. That of course improves performance and fuel consumption. The aluminium solution will allow Jaguar to better its carbon footprint because it has 50 percent recyclable material and is potentially able to save up to three tonnes of C02 gases per car.

Some driving comfort technologies utilised include the Adaptive Dynamics - which is continuously variable damping - an air suspension system, and active differential control.

The interior space features chrome and piano black detailing, leather and veneer surfaces, and other niceties depending on whether customers choose the Luxury, Premium Luxury, Portfolio, Supercharged or the range-topping Supersport models.

The gadgets and comfort creatures list has things like an 8-inch touch screen for playing DVD movies, a 1200W Bowers & Wilkins sound system and the Media Hub.

Orders have been opened for the XJ and deliveries will begin in early 2010.