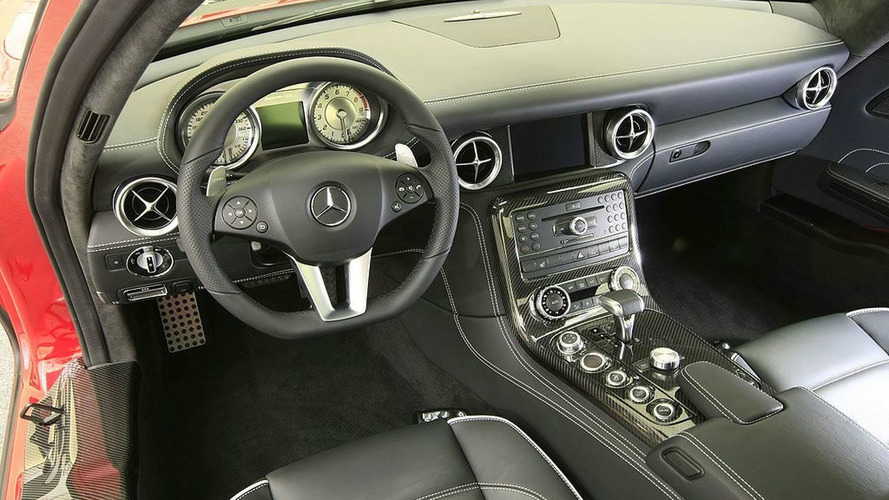 New official details and photos of the upcoming Mercedes-Benz SLS AMG Gullwing have been released. We hope the exterior is as well-crafted as the interior!

Some new photos and details of the 2010 Mercedes Benz SLS AMG Gullwing have been released.  The car is expected to debut at the Frankfurt Motor Show in September with a €150,000 pricetag.

One of the car's designers told Auto Motor und Sport about using the company's heritage to their benefit, while modernizing as much as possible.  This car harkens back to the roof-hinged doors the automaker used on the beautiful 1954 Mercedes 300 SL.  "...there must be a modern, entirely subscribed purist interpretation of a sports car for the 21st century," the designer told the magazine.

Designer Hartmut Sinkwitz, formerly in charge of design at Smart, said "The proportions should be consistent," having a lengthy hood with the cab seated upon the rear axle.

The airplane-inspired interior design is fully modernized, instead of being stripped down for weight.  A full-featured infotainment system sits front and center, with the stereo, Bluetooth, climate control, COMAND, and shifter mounted below, and surrounded with either aluminum or carbon-fiber trim.  Aluminum pedals match the metal used on the vents, gauges, steering wheel, and the rings around the controls.  Two gauges are placed behind the multi-function wheel, with a computer display in-between them.  Leather sports seats can be chosen in at least five different colors.  You can view the pictures at right to see close-ups of these images.

Of the exterior, Sinkwitz says, "..we have designed an extra steep A-pillar so the driver's field of view is not restricted."  The gullwing doors open up to 70 degree angles, giving access to the 1.08m high vehicle.

The front mid-engined vehicle will get a 571 hp V8 engine producing up to 650 Nm of torque.  Top speed is electronically limited to 315 km/h (196 mph), with the driver controlling the engine via the seven-speed dual-clutch gearbox.