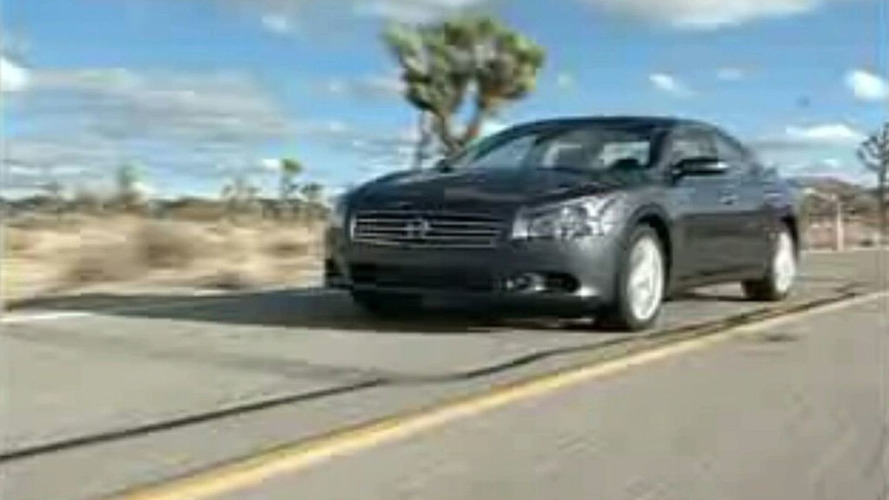 Most of what should be said about the new Nissan Maxima has already been said, but not seen. Check out the first footage of this 4-Door Sports Car in action.


The New York Auto Show may not have had a lot of important debuts, but Nissan Maximaâ€™s is surely one that could be qualified as such. Almost everything that should be said about it has already been revealed to you, but not the car in action. And this is what we bring now, the first driving footage of Nissanâ€™s 4-Door Sports Car.

Based on the â€œD Platformâ€, Maxima is still a FWD car, although the Japanese automaker has given it a chance to become a RWD sedan, what would be much more coherent with the carâ€™s proposal. Anyway, Nissan believes Maxima is â€œone of the best-performing front-wheel drive car in the world, far above other FWD vehicles in its classâ€. Its 3.5-litre V6 engine, which delivers 290 hp and 354 Nm of torque, surely reinforces that, as well as the CVT transmission instead of a conventional automatic transmission, but the car should have a manual transmission option in order to really appeal to high performance lovers.

Something we have also not said about the car is how big it is. Maxima is 4.84 m long, 1.86 m wide, 1.47 m tall and comes with a wheelbase of 2.78 m, as well as 402 l in its luggage compartment. It will soon be on sale in the USA and people will have ways to test its sports soul, probably a little faster than the video shows.