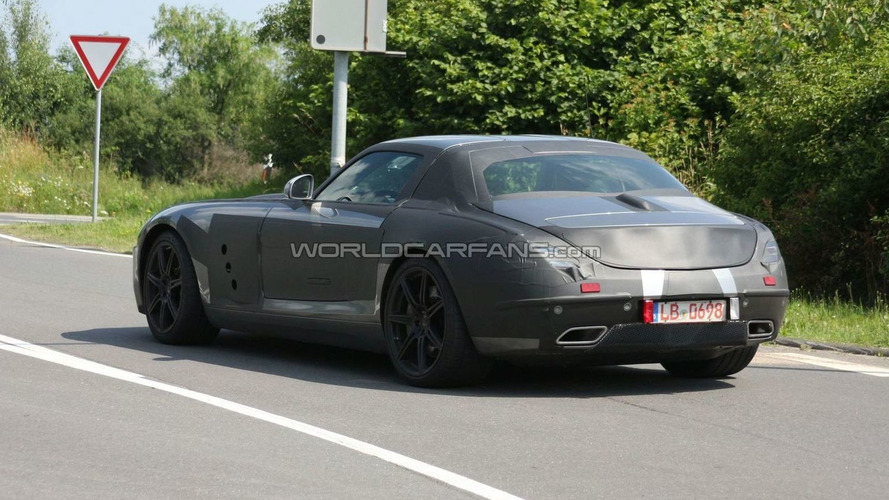 Although this particular mule is still heavily camouflaged, we can see some new details including the side mirrors which feature integrated turn signals.

Our spy photographers have managed to catch yet another Mercedes SLS AMG Gullwing undergoing testing in Germany.

Although this particular prototype is still heavily camouflaged, we can see some new details including the SLS' side mirrors which feature integrated turn signals. Unlike the white SLS prototype that was spotted earlier, this grey model has lost some of its camouflage which allows us to get a better glimpse of the SL-inspired headlights and clear taillights. Our keen-eyed observers will also notice that we can see the car's aggressive rear diffuser peeking through a mesh screen. While our spies didn't get close enough to catch the SLS' interior, Mercedes has already released several pictures of the car's cabin.

Look for the SLS AMG Gullwing to be officially unveiled at the Frankfurt Motor Show in September.