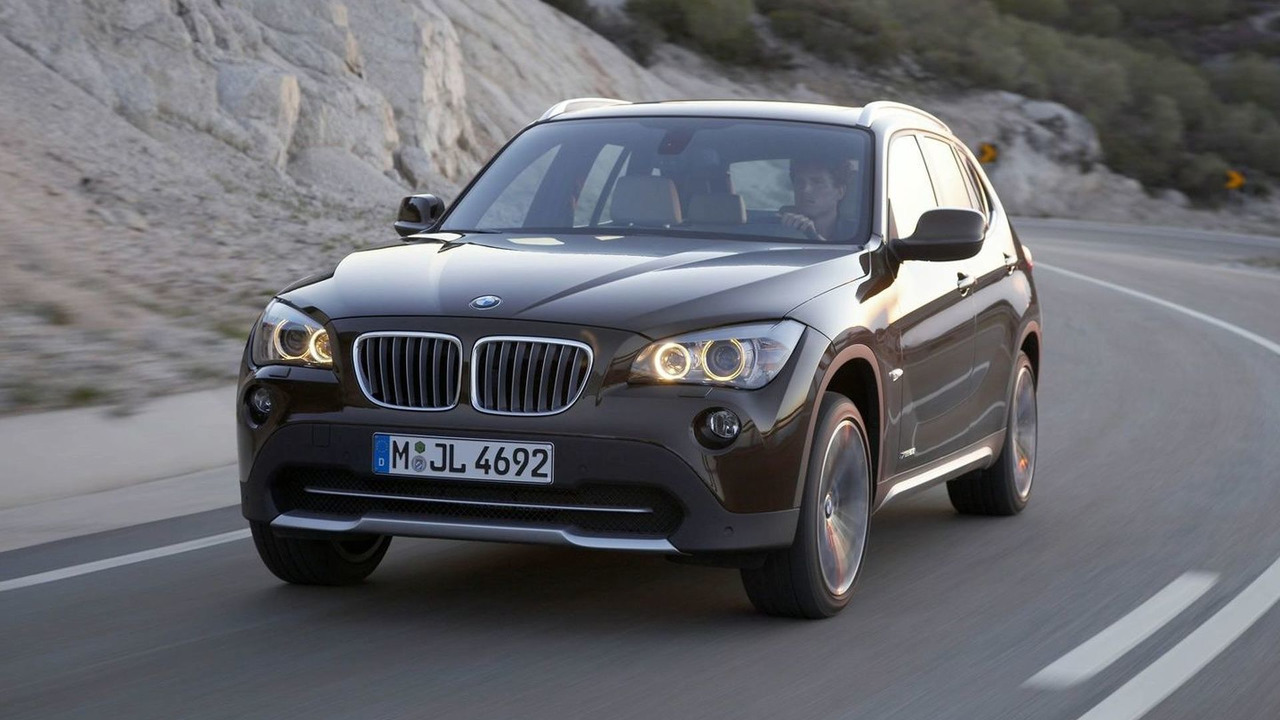 BMW X1, finally official! Six models are available at launch but only the most powerful one is a petrol. Rear-wheel-drive models also to be sold and the US gets its X1 fix during 2011.

BMW has released official details of the new X1 SUV (SAV). The smallest X vehicle in the range is 4.45 metres long, has a wheelbase of 2.76 metres, is 1.545 metres high and the lightest model weighs in at 1,615kg (EU). It is designed to have a low-slung rear window to make it look the sporting car that it is, and it features wide wheel arches for an aggressive squat. The signature kidney grille is as bold and muscular as it is on the 7 Series. Standard wheels coming with the range are 17-inch alloys.

Contours and sharp lines are evident all the way to the sides and back, including the "Hofmeister kink" at the C pillar. Further confirming that this is a true BMW design are the L-shaped rear lights clusters with sharp jagged edges.

Inside the X1 gives an elevated seating position to each passenger while the driver benefits from a driver-facing "surfboard" dashboard that made BMWs of yesteryear so different from their rivals. The new iDrive system is installed and can be mated to a USB port, a CD player, and six Pro Logic 7 HiFi loud speakers. A rear parking camera and/or Park Distance Control can also be specified from the options list.

Six models will be available at launch. Only one of these is petrol-powered and that is the X1 xDrive28i. Fitted to this version is the 3.0-litre straight six with 258hp (190kW) and torque of 310Nm. The rest of the lineup runs on diesel, starting with the sDrive18d making 143hp (105kW) and 320Nm of torque. Then comes the sDrive20d which produces 177hp (130kW) and 350Nm. Both these RWD vehicles are coupled with a 6-speed manual gearbox.

Customers living in the USA will start getting their consignment of the BMW X1 some time in 2011. US-bound engines and powertrains will be confirmed closer to launch.